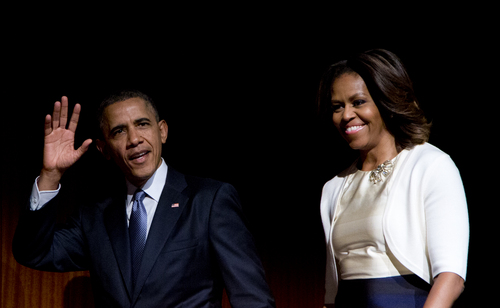 Producer Glendon Palmer is developing a film â€œSouthside With Youâ€, which is inspired by the first 1989 date of US President Barack Obama with now wife Michelle Obama.

At thatÂ timeÂ the President was a young firmÂ summerÂ associateÂ and his wife was known as lawyer Michelle Robinson.

The story follows the couple on a date that took them from the Art Institute of Chicago to a screening of Spike Leeâ€™s â€œDo the Right Thingâ€ to theÂ siteÂ of their first kiss outside of an ice cream parlour, reported Deadline.

Tika Sumpter (â€˜Get on Upâ€™) will star as Michelle, 51. Casting is underway for the role of Barack Obama, 53.

Richard Tanne makes his directorial debut with theÂ projectÂ based on his screenplay.