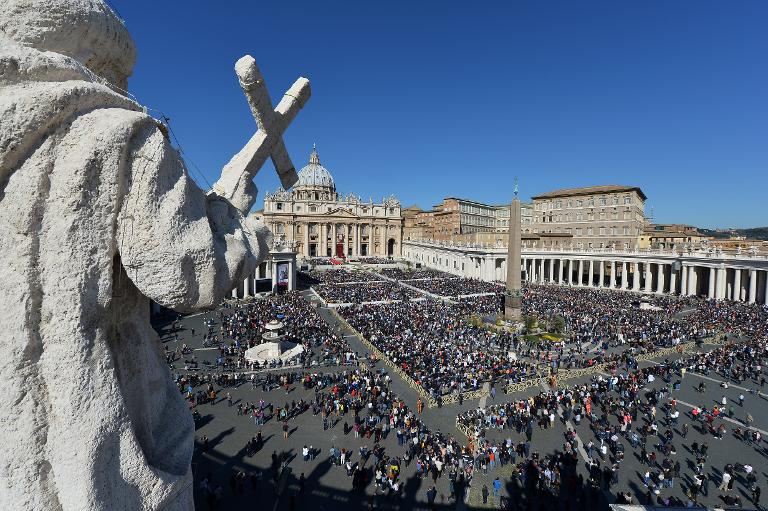 Three months after appointing an openly gay diplomat as France’s ambassador to the Vatican, Paris is still waiting for the green light from Rome.

With Pope Francis entering his third year in the post, some activists see the Vatican’s silence as a test of the depth of reform in the Catholic Church.

While the Vatican usually declares it has accepted a candidate around a month after an appointment is made, it makes no public statements at all if the answer is no.

Paris appears determined to stick with seasoned candidate Laurent Stefanini, a 55-year-old practising Catholic whom the foreign ministry described as “one of our best diplomats”.

“That’s why we appointed him. We are waiting for a reply to our request,” it said.

Sources close to President Francois Hollande said his appointment was “the wish of the president” and the cabinet of ministers.

The French cabinet approved Stefanini’s appointment on January 5 but has not yet received a reply.

“A delay of three months like this is not normal,” a well-informed source in Rome told AFP.

“The reply normally doesn’t take more than a month, a month and a half,” this source added.

If there is a refusal, “the Vatican doesn’t reply, doesn’t offer an explanation and it’s up to the country concerned to interpret this lack of a reply.”

In 2007, France proposed openly gay diplomat Jean-Loup Kuhn-Delforge to be its ambassador at the Vatican. Paris never received a reply, and it eventually put forward another nominee.

But unlike Kuhn-Delforge, Stefanini is single and is very discreet about his personal life. Italian daily Il Messagero described him as “a practising Catholic, very cultivated, of absolute discretion”.

Italy’s La Stampa daily’s Vatican Insider blog said Stefanini’s position on gay marriage — not his sexual orientation — may be the problem in getting the Vatican’s green light.

Gay marriage has been legal in France since 2013, despite the Catholic Church’s opposition.

Francis, the first pope to hail from Latin America, is widely regarded as having been a huge success in his two years at the helm of the Church.

His charm, decisive approach to issues such as paedophile priests and his pleas for a more merciful and worldly approach on questions such as homosexuality and divorce have endeared him to a much broader public than his more conservative predecessor Benedict XVI could reach.

But the delay over Stefanini’s nomination has opened the Vatican up to a slew of criticism.

“Homosexual people are rejected in the Vatican, despite their merits (and) indisputable qualities,” said Flavio Romani, who heads the Italian gay rights group Arcigay.

Accusing the Holy See of failing to implement its “teachings of openness”, he blasted the Vatican as acting “like Uganda”, where gay people are heavily persecuted.

“The facts speak for themselves: the senior prelates have shown their true face,” Romani said.