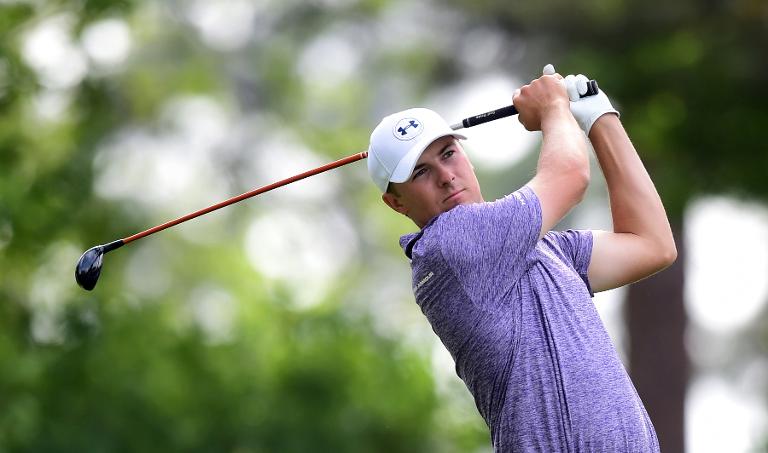 Jordan Spieth completed the greatest 36-hole start in Masters history, firing a six-under par 66 at Augusta National that matched him for the lowest halfway total in any major.

“Any time you can set a record here is pretty awesome,” Spieth said. “I’m really excited about how I played.”

Spieth missed a seven-foot birdie putt at the 18th hole that would have put him on 129, settling for par to join the 130 group that includes England’s Nick Faldo from the 1992 British Open at Muirfield, American Brandt Snedeker from the 2002 British Open at Lytham and German Martin Kaymer at the 2014 US Open at Pinehurst.

“Didn’t know what any of these scores meant in history or anything like that,” Spieth said. “I just knew I had a good look at birdie and had a good read on it, and it was just barely off.”

Spieth, seeking his first major title after a runner-up Masters debut last year, shared the biggest 36-hole lead mark with Floyd in 1976, Jack Nicklaus in 1975 and Herman Keiser in 1946, after Hoffman closed a round of 68 with his lone bogey.

“I’m happy with the way I played,” Hoffman said. “I was going for a bogey-free round and unfortunately I didn’t close it out.”

Spieth’s 36-hole domination, with 15 birdies against one bogey, evoked memories of Tiger Woods’ record-setting 1997 Masters romp for his first major title. Woods will remain the youngest Masters champion by about five months even if Spieth wins this year.

“There’s a pretty big separation right there,” Woods said. “He has played beautifully.”

The record 36-hole Masters comeback to win is eight strokes by Jack Burke in 1956 but there are only five rivals to Spieth in that range, Hoffman plus American Dustin Johnson and England’s Justin Rose and Paul Casey on 137 and treble Masters winner Phil Mickelson on 138.

Johnson fired a 67 that included a Masters one-round record of three eagles, coming at the second, eighth and 15th par-five holes.

“I made a lot of great shots and then holed some putts,” Johnson said.

World number one Rory McIlroy and Woods, a 14-time major champion back after a two-month layoff to work on his game, were on 142, sharing 19th and 12 adrift.

“I’m very proud of what I’ve done, to be able to dig it out the way I have,” Woods said after shooting 69.

McIlroy, 25, was expected to battle for a third major win in a row that would complete his career Grand Slam, but he flirted with the cut line before a five-under back nine put him on 71.

“I’m really proud of myself the way I fought back,” McIlroy said.

Spieth, the hottest player in golf over the past month, won his second US PGA title at the Valspar Championship last month, then took second at the Texas Open and Houston Open and opened with a 64 Thursday to become the youngest first-round leader in Masters history.

Before green jacket fittings start, however, Spieth needs to close out the victory, something he could not do last year after leading Sunday on the front nine.

“It’s definitely going to play more challenging,” Spieth said. “I’m going to have to be more patient, be OK with a bogey here or there.”

Four-time major winner and two-time Masters runner-up Ernie Els, nine back on 139, has not given up on catching Spieth. The 45-year-old South African seeks a green jacket in his 21st try.

“It’s very impressive,” Els said. “It’s a long, long way from being finished. A lot of work to be done still.”