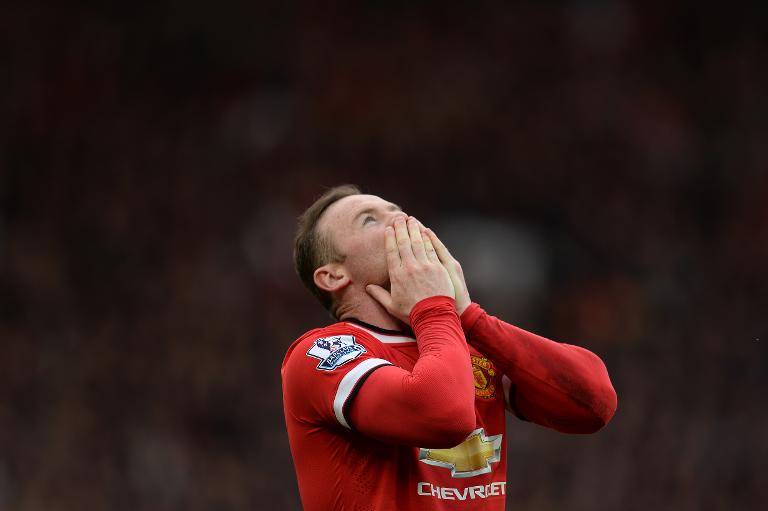 A marked reversal in fortunes means third-placed United lead fourth-placed defending champions City by a point heading into this weekend’s clash, although both are probably too far behind leaders Chelsea for either of the Manchester clubs to mount a title challenge.

But a top-three finish and direct entry into the Champions League is still on the horizon, not that the Manchester pair need much in the way of additional motivation when playing each other.

England striker Rooney, 29, is now United’s leading derby scorer in history with 11 goals against City since arriving at Old Trafford from Everton in 2004.

City, however, have had the upper hand in recent times, winning their last four matches against United and Rooney is desperate to put an end to that run.

“You play for Man United, you want to win these derby games,” he told MUTV, United’s in-house television station.

“We want to give United fans something to smile about when they go to work on Monday morning, we want them to be the ones to be able to give out the banter to Manchester City fans at work.

“I think it’s a very important game for Manchester United and Manchester City… for the fans and, for me, it’s a massive game of pride,” added Rooney, who scored a superb volley in last week’s 3-1 win over Aston Villa.

Victory on Sunday would put United four points in front of City, under pressure after dropping to fourth following a shock 2-1 loss to Crystal Palace on Monday.

City have won just four of their last 11 league games but manager Manuel Pellegrini insisted he wasn’t concerned about his own position.

“I’m never concerned about my job. I do my work and am very happy. You maybe have a difficult season, but you never worry about things like this,” Pellegrini said.

As for the title race, the Chilean added: “Every point you drop makes it more difficult, but it’s the same answer. We are not thinking about the title… Just about the next game at Old Trafford.”

Second-placed Arsenal will move to within four points of Chelsea, but having played two games more than the Blues, if they win away to second-bottom Burnley on Saturday.

After a shaky start to the season, the Gunners have now won 15 of their last 17 matches in all competitions, a run which manager Arsene Wenger attributes to having a fully fit squad no longer carrying any hangovers from last year’s World Cup.

“I just think we are at a stage of the season where we took off in January, because we had nearly everybody available. That made us more efficient,” Wenger said.

Chelsea will take a giant stride towards the title if they win away on Sunday to west London rivals QPR, who gained a battling point in their Premier League survival bid with a 3-3 midweek draw at Aston Villa.

The build-up to this week’s match has seen Jose Mourinho accept publicly what friends and foes have long acknowledged — that he is a master manipulator.

“I agree that sometimes I can have something of Machiavelli in some of my comments, but no more than that,” Mourinho said.

Villa travel to Tottenham on Saturday with manager Tim Sherwood adamant he bore no resentment towards his former club for sacking him as their boss last year.

“I wouldnâ€™t be sitting here as Aston Villa manager if it wasn’t for Tottenham Hotspur,” Sherwood said.”I was relieved of my duties and walked out with my head held very high. I was pleased with what I did.”

Saturday also sees Sunderland, fresh from their derby win over Newcastle, at home to Palace.

Liverpool, beaten 4-1 by Arsenal last time out, face Newcastle at Anfield on Monday.