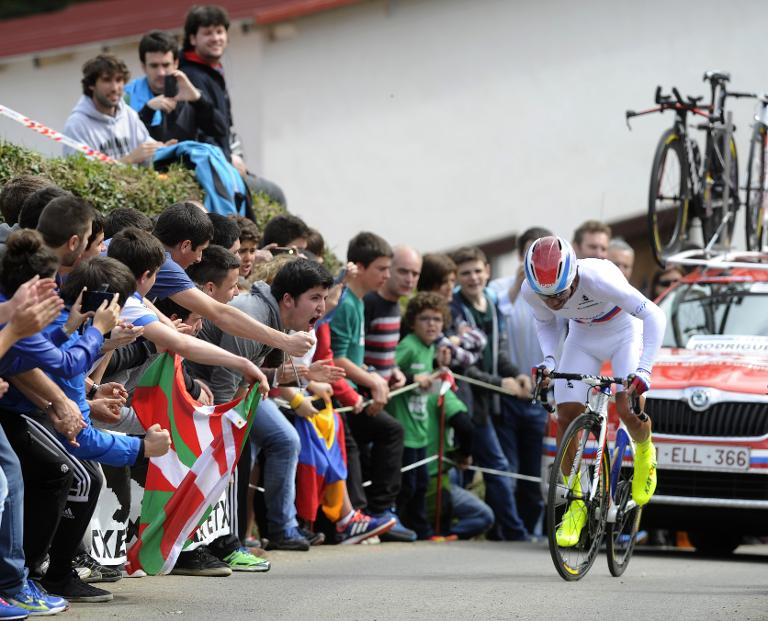 Spain’s Joaquim Rodriguez claimed overall victory at the Tour of the Basque Country thanks to the second fastest time in Saturday’s race-against-the-clock.

The Katusha rider, who won stages three and four, came into the final day time-trial level with Sergio Henao but outpaced the Colombian by 13 seconds on the hilly 18.3km stretch through Aia.

“Not in my wildest dreams did I think I would win,” said Rodriguez, who was only taking part having missed the Tour of Catalonia two weeks ago due to a stomach virus.

“The other guys made it very difficult. This is a race I have great feelings for because I rode a lot as an amateur cyclist in the Basque Country.”

Dutchman Tom Dumoulin won the stage in 28min 46sec with Rodriguez four seconds back and Spaniard Ion Izagirre a further second behind.

Henao was fourth on the day to secure second place in the general classification.

“We knew it would be difficult, Rodriguez was stronger and he won,” said the Sky rider.

Izagirre’s time was also enough to move him above pre-race favourite Nairo Quintana into third overall.

The Giro d’Italia winner was back in fourth and Quintana said hay fever had obstructed his bid to finish on the podium.

“This tour hasn’t been very good for me, I tried with all I had but sometimes when you aren’t at your best, you can’t do any more.

“It is not an excuse, but a pollen allergy was giving me a lot of problems.”