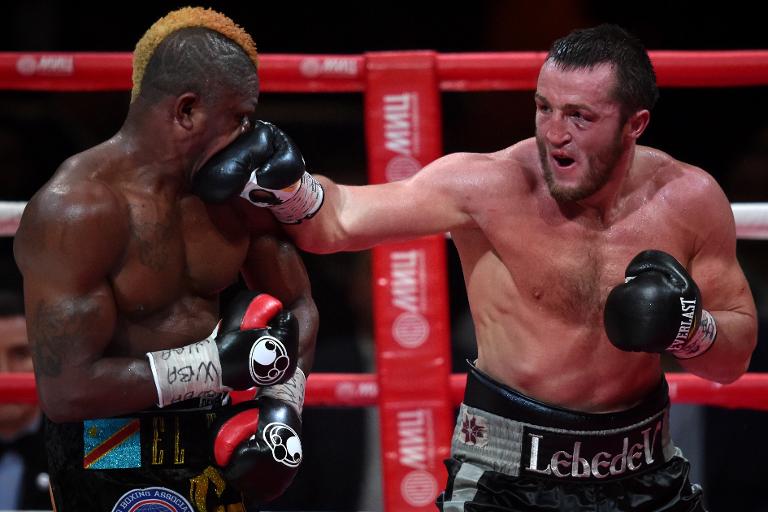 The 35-year-old Lebedev produced a dominant performance against the French challenger, with Congolese roots, to receive a decision of 116-111, 115-112, 115-111 from the ringside judges.

Lebedev said he had no regrets about missing a KO, adding that he still had plenty of home work to do to progress.

“I didn’t have an objective to finish the bout early,” he said.

“My goal was to work for 12 rounds and I have done my work the proper way.

“But I still have plenty of homework to improve myself.”

The home favourite Lebedev seized control from the start and got Kalenga with some hard punches later in the opening round.

Lebedev landed some more hard lefts before the Frenchman replied with a right hook sending Lebedev down to the canvas late in the fourth.

But the Russian, who was riding fierce vocal support from the home crowd, paid back the knockdown in the seventh by sending Kalenga to the canvas with his big left into the head.

In the later rounds Kalenga looked visibly tired after Lebedev landed a series of his big left hooks but he managed to stay on his feet until the final bell.

Lebedev was declared the World Boxing Association’s champion in November 2012 after Guillermo Jones of Panama refused to meet the Russian to defend his title.

Jones beat Lebedev on May 17, 2013, by TKO but the result of the bout was cancelled because the Panamanian failed to pass doping tests and the Russian has been reinstated as the WBA cruiser-weight champion.