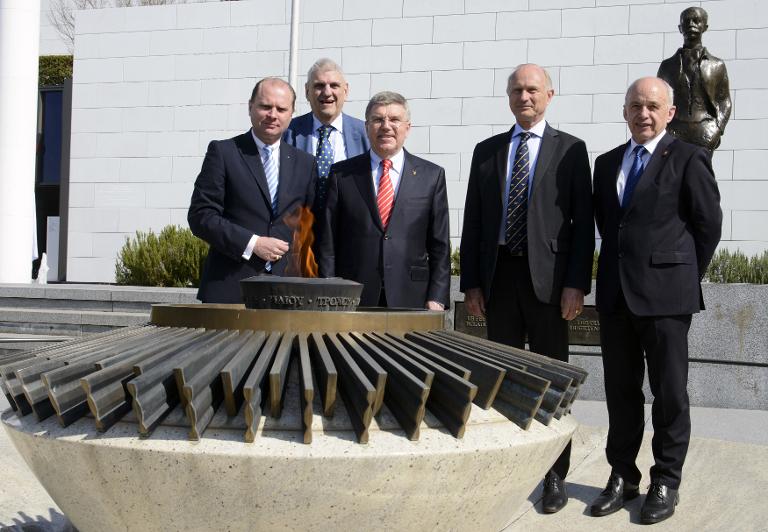 The International Olympic Committee on Friday marked the 100th anniversary of its installation in Lausanne and said it plans to stay another century.

Highlighting the choice of Switzerland because it was neutral territory, IOC president Thomas Bach said: “Between Lausanne and the Olympic movement, it is a love story.”

The IOC was established in Lausanne on April 10, 1915 by its founder Pierre de Coubertin and has since become a multi-billion dollar operation.

Work is to start next year on a 157 million euro ($166 million) new headquarters which will bring all 500 staff into one complex.

The IOC also said in a statement that the city of Lausanne has agreed to a new lease running until 2115.

Bach and senior Swiss officials marked the anniversary at ceremonies in Lausanne. There will be exhibitions and other events until October.

Linked to the anniversary, the IOC, Lausanne city and the regional government released a study which showed that the IOC and the 45 international sports federations based in Switzerland contribute more than one billion Swiss francs (one billion dollars) to the national economy each year.