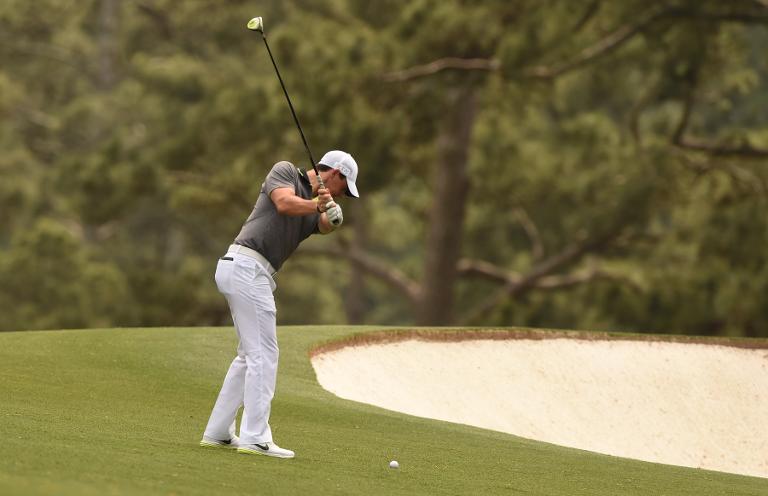 Rory McIlroy’s hopes of becoming just the sixth player to win all four Grand Slam titles dimmed further on Friday as he again failed to find his best game at the Masters.

The world number one, winner of the last two majors — the British Open and the PGA Championship — could only manage another 71 and at two-under par for the tournament, he only just edged inside the cut for the weekend with a strong showing down the back nine.

The 25-year-old Northern Irishman will start Saturday’s third round at Augusta National 12 strokes behind runaway leader Jordan Spieth and with a host of top players stretched out in between the two.

The best-ever comeback to win the Masters came in 1956 when Jack Burke was eight back at the halfway stage and won on the Sunday.

“Just again, here, it’s such a fine line. The margin for error is so small,” he said.

“Missing it in the wrong places sometimes and I missed a couple of really short putts back there and that affected my confidence a little bit.

“But the good golf is in there. It’s just a matter of trying to get rid of the bad stuff, which was all on the front nine today.”

McIlroy dropped a shot at the first and his tournament hopes further nose-dived when he four-putted from the edge of ninth green for a double bogey and an outward nine of 40.

A birdie at the 10th gave the four-time major winner renewed hope and he followed with a superb approach to inside a foot for an eagle at 13 that took him back to level par.

A missed two-footer at 14 meant another dropped shot, but he canceled that out at the par-five 15th and ducked under par with superb back-to-back birdies at 17 and 18 as he came home in 31.

A good way to finish and McIlroy hopes it will provide him with some much-needed momentum going into the weekend.

But realistically, his chances this year of matching Tiger Woods, Jack Nicklaus, Gary Player, Ben Hogan and Gene Sarazen as the only players to win the four majors may have been damaged beyond repair.

“You know, really, I would need to shoot a 14-under par weekend and Jordan would have to play a couple average rounds, and neither of those two things look like they’re going to happen, so it’s going to be tough,” he said.

“I’ll go out and try and play the best that I can and we’ll see where that leaves me. But, with a few more nine holes like the one I just had there, you never know.”