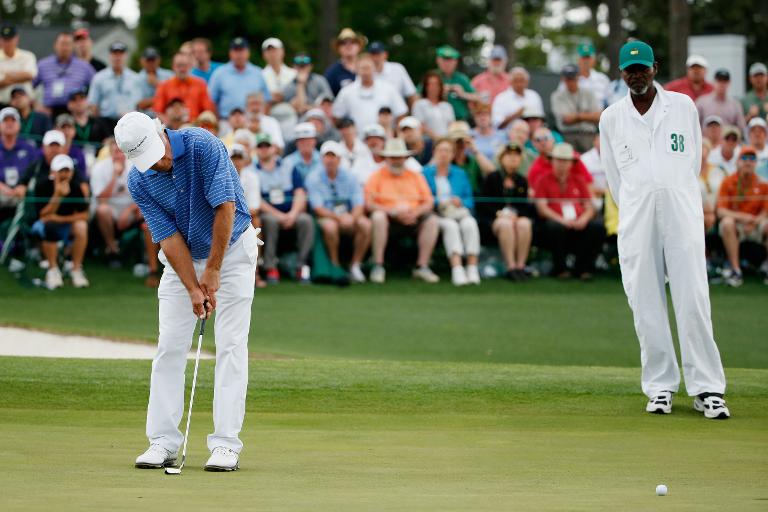 Two-time Masters champion Ben Crenshaw made an emotional Masters farewell after his 44th appearance at Augusta National, but his legacy lives on in the form of fellow Texan Jordan Spieth.

Advice shared between the 63-year-old legend and the 21-year-old prodigy must have helped because Spieth fired a bogey-free 66, six-under par, in Friday’s second round to stand on 14-under 130, a 36-hole Masters record, and lead by five strokes, matching another tournament mark.

“I’m kind of amazed at how it stands now with my friend Jordan,” Crenshaw said. “I really do like Jordan’s fire. You can see it bubble up. But he seems to keep it in check.”

Crenshaw, who has passed along decades of knowledge about Augusta National during practice rounds with Spieth, would love to see his protege win to complete a passing of the Texan baton in his farewell year.

“It will be fascinating to watch him. It’s going to be a key for him to try to stay calm,” Crenshaw said. “Jordan is entirely capable. It’s keeping his emotions in check. He’s obviously in a real hot streak, very confident, very bold. He knows what he’s doing.”

Spieth credited Crenshaw for some key wisdom in helping him read the undulating greens that make Augusta National so formidable, the same greens where he has produced 15 birdies and one bogey over 36 holes.

“Ben has been a mentor to me, somebody that’s been very helpful, especially around this place,” Spieth said.

“It has been helpful, for sure, on shorter putts and ones where you’ve got to really commit to a line outside the hole and trust it. It has been very helpful. It has all been speed-based on the greens with his advice.”

Crenshaw shared an emotional embrace on the 18th green with his long-time Masters caddie, Carl Jackson, after making his final putt while his wife and daughters and thousands of spectators cheered.

“I just will never forget that as long as I live,” he said.

Crenshaw won his first Masters in 1984 and duplicated the feat in 1995 only a week after the death of his beloved teacher, Harvey Penick.

“Ben has been a mentor to me, somebody that’s been very helpful, especially around this place,” Spieth said.