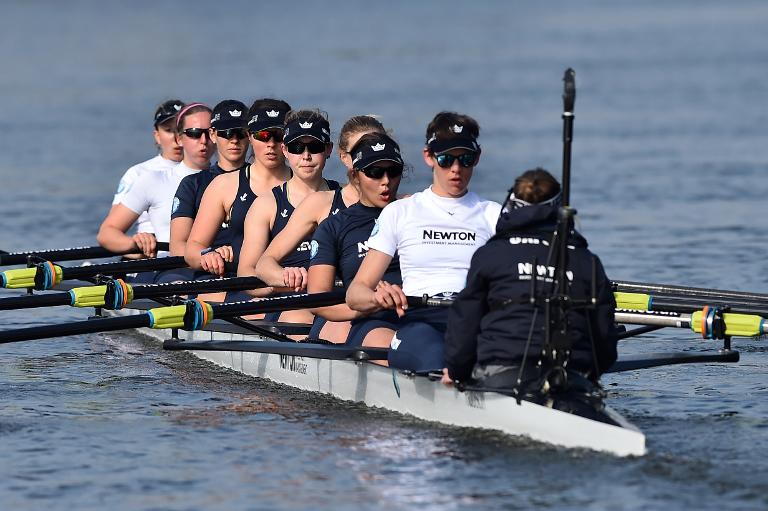 History will be made on the dark waters of London’s River Thames on Saturday when women’s crews from Oxford and Cambridge universities attack the men’s Boat Race course for the very first time.

Female teams from the prestigious universities first competed against each other 88 years ago, but this weekend will mark the first time they do so on the same stretch of river as the men.

In another first, the race will be shown live on BBC television, while a crowd of over 250,000 people is expected for what has been heralded as a triumphant moment in the history of women’s sport in Britain.

“I think it’s a symbolic breakthrough, because of the longevity of this race,” Helena Morrissey, sponsor of the women’s race, told AFP.

“It’s 186 years since the men of Oxford and Cambridge first rowed competitively against each other and it’s taken quite a long time to get to this point on Saturday. It shows anything is possible.”

Saturday’s race, over a 6.8-kilometre length of river between Putney and Mortlake in west London, represents a big step up for the female eights and their coxes, who previously raced over 2km at Henley, some 100km upriver.

The inaugural women’s race, in 1927, was preceded by detailed discussions about what those competing should wear.

According to contemporary accounts, the matter was only resolved when one of the Cambridge rowers sat on a stool in front of university staff and simulated the action of rowing to ascertain whether shorts or a tunic best protected her modesty.

When the day of the contest arrived, The Times reported that the two teams took to the river separately and were judged on “steadiness, finish, rhythm and other matters of style” rather than speed alone.

It was not until 1935 that the two boats were allowed to actually race and there were several more false starts before the event finally became a permanent fixture.

Now, fired by a haul of three British gold medals in the female events at the 2012 London Olympics, interest in women’s rowing is on the up, with the number of participants in Britain rising from 9,600 to 13,450 in the three years leading up to January 2013.

But this weekend’s breakthrough moment would not have arrived had it not been for Morrissey, chief executive of race sponsors Newton Investment Management.

Having previously been obliged to pay for their own kit, the female crews now benefit from a professional programme, full-time coaches and top-class equipment, while Newton’s parent company, BNY Mellon, has come on board as the sponsor of the men’s race.

“I said, ‘Just out of curiosity, why don’t the women row on the Tideway?'” says Morrissey, referring to the tidal area of the Thames where the men’s race has traditionally been held.

“There was a bit of an awkward silence and people shuffled from one foot to the other. I suppose I was a bit of an outsider, not realising that this discussion had happened a few times, but nobody had resolved it.”

As in the men’s race, Oxford’s women will start as favourites, having won in six of the past seven years.

But the ‘Dark Blues’ will hope to fare better than they did on a training run last week, when their boat had to be rescued from the Thames by a lifeboat after being overcome by rough water.