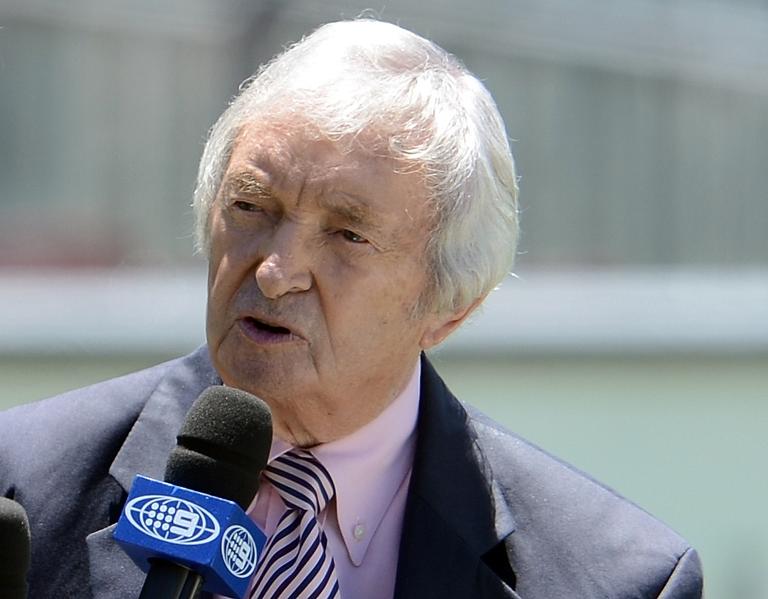 Tributes poured in Friday for former Australian cricket captain Richie Benaud, adored by fans around the world for his peerless commentary, who has died aged 84.

Benaud, who had been fighting skin cancer and suffered serious injury in a car accident in late 2013, died peacefully in his sleep, his family said.

Flags flew at half-mast in Australia, including over the Sydney Harbour Bridge, and the gates were thrown open at the Sydney Cricket Ground, where he had played, so mourners could lay flowers around his giant bronze statue.

Prime Minister Tony Abbott offered a state funeral to Benaud’s family, describing his death as “a sad day for Australia”.

“We have lost a cricketing champion and Australian icon. What an innings. RIP Richie Benaud,” Abbott said.

Benaud last captained Australia against South Africa in the 1963-64 series and went on to become a legend as one of cricket’s best known characters and broadcasters.

A pioneer of entertaining, attacking cricket, the veteran of 63 Test matches was the first player to score 2,000 Test runs and take 200 Test wickets.

Australia never lost a series under the leg-spinning all-rounder’s captaincy, which ran for 28 games from 1958.

A flamboyant player, Benaud moved into commentary, first with the BBC in England, where he was as well known as in Australia for his dry wit and distinctive style.

Indian batting great Sachin Tendulkar called his passing a “great loss to the world of cricket,” while current Australian captain Michael Clarke described him as “a wonderful leader of men”.

“My vintage, we grew up with that voice,” Clarke said.

“He loved winning. He helped the Australian team have the attitude where they wanted to win. He played the game the right way.”

Born in Penrith, western Sydney, in 1930, Benaud had a remarkable Test career that saw him take five wickets 16 times as well as take 248 wickets overall at an average of 27.03. His highest international score with the bat was 122.

After retiring from the playing side he could turn a vivid phrase and was inspired by an Ian Botham six during the 1981 Ashes Test at Headingley, part of one of the greatest series ever.

“Don’t bother looking for that, let alone chasing it,” Benaud commentated. “It’s gone straight into the confectionery stall and out again.”

He also played a key role in the formation of Kerry Packer’s World Series Cricket that revolutionised the professional game in the 1970s, and anchored the billionaire’s Channel Nine cricket coverage for decades.

“My mantra is: put your brain into gear and if you can add to what’s on the screen then do it, otherwise shut up,” Benaud once said, looking back at his success.

“The key thing was to learn the value of economy with words and to never insult the viewer by telling them what they can already see.”

India’s Tendulkar said on Twitter Benaud brought “great insights on the game” and that he had fond memories of talking with him and his fellow Australian bowler Shane Warne about the art of leg spin.

Warne left an emotional tribute on Instagram praising Benaud as a hero and “the godfather of cricket”.

“He was unique as he covered all facets of the game, as a player, a commentator, an administrator and a writer. His legacy to the game will always live on.”

“Richie was a true legend, charismatic but always the perfect sportsman and gentleman,” he said.

“He was quite simply peerless. Nobody else had his authority, popularity and skill.

“He had this unique style — the choice of words, how he delivered them, the way he looked — and it all came together to make him one of the most recognisable people on television.”

Benaud’s popularity and catchphrase “marvellous” propelled him into advertising and he was the mainstay in Australian television commentary before announcing in November 2014 that he had skin cancer.