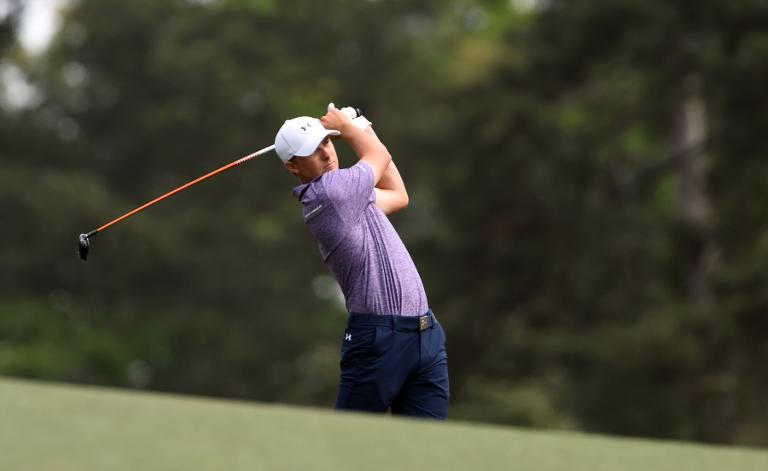 Jordan Spieth birdied the second and fifth holes to move five clear of the field at 10-under par as the Masters second round unfolded on Friday.

The 21-year-old Texan carded an eight-under 64 on Thursday to lead by four overnight and once again he set off in perfect playing conditions at Augusta National.

In a four-way tie for second after 18 holes, South African veteran Ernie Els started well with a birdie on two, but back-to-back bogeys at five and seven set him back.

Els nabbed a second birdie at the eighth to get back to five under.

Fellow South African Louis Oosthuizen was the standout player in Friday’s early action with four birdies in eight holes to move to four under.

Justin Day though bogeyed the first to also stand at four under while South Korea’s Noh Seung-Yul reached three under through 11 holes with birdies at the eighth and 10th.

Tiger Woods birdied the first to get back to level par for the tournament.

World number one Rory McIlroy, bidding to complete his set of Grand Slam titles, was not due off until the penultimate grouping after having shot 71 on Thursday.