Home World To Rafale or not 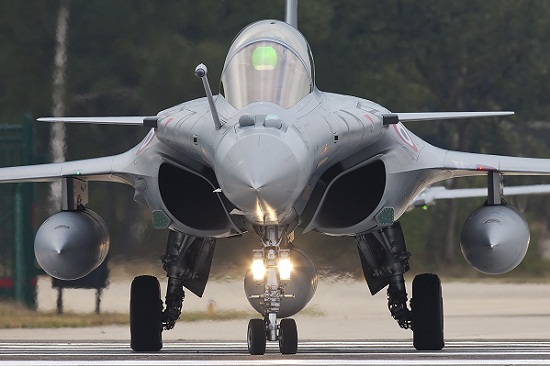 Paris: Paris in April looks like the heaven on earth, and is the first stop in Prime Minister Narendra Modiâ€™s maiden trip to Europe and the continentâ€™s powerful economy.Â

As Modi begins his official engagements on Friday morning; his team has been already at work, holding late night meetings on various deals that India and France are to conclude in the next two days.

All eyes are, of course, on the multi-million dollar Medium Multi-Role Combat Aircraft (MMRCA) deal for which France’s Dassault Rafale was selected in 2012, but which has run into massive hurdles ever since.

In an interview to the French newspaperÂ Le Figaro, Modi said, â€œFrance is one of our closest strategic partners, and significant opportunities for cooperation exist with India, particularly in the fields of nuclear energy and defence.â€

Asked specifically about the possibility of an announcement on buying 126 Rafale fighter aircraft, Modiâ€™s written answer was, â€œWe should be able to move forward on a mutually acceptable basis.â€

While Indian sources say that a forward movement can be expected in the three days that the Prime Minister is in Paris, the French authorities are tightlipped on whether the deal has been clinched or not.

French media sites are quoting Indian newspapers and blogs which claim that a deal has been struck and would be announced during the Prime Minister’s meeting with President Hollande.

This would seem a bit different from the past. Usually, major arms purchases are not announced during prime ministerial visits. The explanation given is that it puts too much pressure on the negotiating delegation.

However India’s civilian nuclear deal with the US is a case in point where intense pressure on the negotiating teams resulted in a favorable outcome.

India wants Dassault to take full responsibility for the production of 108 jets at a state-run facility in Bangalore, under the 2012 bid offer, but France is hesitant to give guarantee over production in a location in India.

The option is to scrap the entire deal and purchase the aircraft straight up, as many in the Air Force have been advocating and has been reported. Protracted negotiations have made the Air Force anxious.

IHS Jane’s quotes a source, as saying that there is a “massive disconnect between the Ministry of Defence (MoD), the IAF, and the political community inÂ India, who have to contend with larger diplomatic and industrial issues” on what the future IAF should look like.

The IAF’s sanctioned strength is 42 squadrons but it is currently operating only 34 with the Russian-origin Sukhoi 30 MKI being the teeth and the Soviet-era MiG-21 forming the long tail.

Given the serviceability, repair and upgrade of these fighters and that eight MiG-21 squadrons are to be phased out in the next eight years, the IAF is set to be heavily depleted.

It is in this context that the Modi government plans to have two or three Rafale squadrons to spearhead the IAF with the indigenously made Light Combat Aircraft (LCA) replacing the MiG-21 in coming years.

Given the fact that defence modernization is high onÂ Prime MinisterÂ Modi’s agenda, and among the very first meetings that he has on Friday is with defence majors, it is quite natural that the Rafale deal has come into focus.

However, the government would not like the entire focus of the Prime Minister’s visit toÂ France to be centered on whether the Rafale deal will go through or not.

The French government is also expected to join the ‘Make in India’ initiative with an offer of two or three top defenceÂ  technologies, and New Delhi is not adverse to Dassault floating a joint venture with a private company to build more Rafales in India.

Similar offers of building fighters in India will also be made to other MMRCA competitors like the Saab Grippen, Boeing F-18, EADS Eurofighter, Russian MiG-35 and Lockheed Martin F-16 so that the IAF dominates the evolving security scenario in Asia.