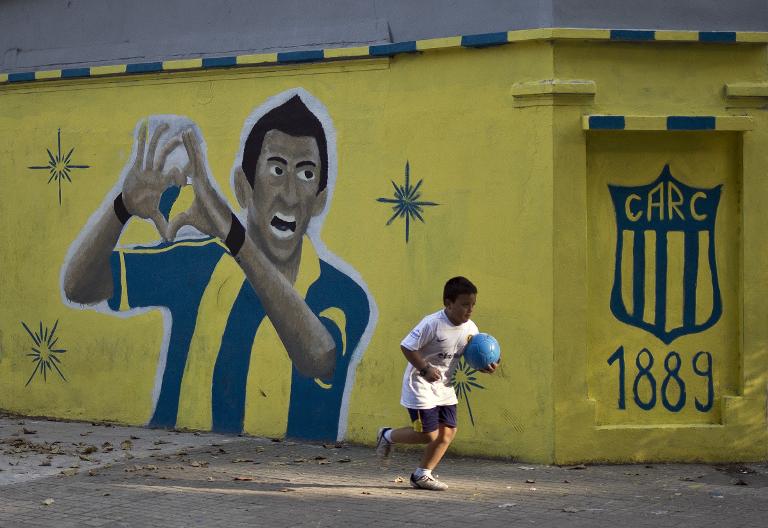 Angel di Maria has cost more than 100 million euros in transfers in his illustrious career, but the first fee paid for him was just 20 footballs.

Poor clubs across South America are getting ready to celebrate stars like Argentina’s di Maria who have risen to the top of the profession when the Copa America starts in June.

Copa fever is mounting in the media and in the small clubs like El Torito in the Argentinian city of Rosario where di Maria first made his mark.

Di Maria was only seven when he first had clubs fighting for his signature, recalled Marcelo Pavon, the El Torito coach.

“It was not like Real Madrid or Manchester United, we sold di Maria for 20 balls to Rosario Central,” Pavon told AFP. “It was a fortune.”

Portugal’s Benfica paid Rosario Central more than five million euros for the 19-year-old di Maria in 2007. They sold him to Real Madrid for 25 million euros.

The Spaniards got more than 80 million euros for the attacking midfielder when they sold him to Manchester United last year.

But Rosario, 300 kilometers (185 miles) north of Buenos Aires, and which also produced Lionel Messi and a host of other stars, remembers a di Maria who was known for his skinny build even as a child.

Di Maria’s mother Diana would ride more than 10km on a bicycle with her son to take him to training with Rosario Central.

She would help him fill coal sacks in his father’s business so he could get away earlier.

In the Union district of Rosario, Messi is admired but football fans say they are loyal to di Maria, who is affectionately known as “Noodle”.

Most wear football shirts with di Maria’s number seven on the back. A mural on one wall shows di Maria making his traditional goal celebration with his two hands in the shape of a heart.

Di Maria has in turn remained loyal to childhood friends from Perdriel street.

The names of his five best pals are tattooed on his left arm. The star also paid for them to go to last year’s World Cup final when Argentina lost to Germany.

“That is the type of person he is,” said a neighbour, Claudia Galat.

A similar solidarity surrounds the James Rodriguez legend in the Colombian Andes city of Ibague.

Rodriguez was obsessed with football and video games as he made his spectacular rise, according to people who knew him.

Now Yul Calderon, Rodriguez’s first coach at the Tolimense Football Academy, reminds kids he forces to run up and down dusty steps to keep fit that they are following the footsteps of the Colombian World Cup hero.

Rodriguez’s stepfather Juan Carlos Restrepo brought him to the academy after the wealthy Club Campestre rejected him because it was for members only.

The academy won titles and first division side Envigado spotted Rodriguez at the age of 12.

That became a springboard for his moves to Banfield in Argentina at the age of 16, Porto, Monaco and now Real Madrid.

Rodriguez was a shy boy though and sometimes stuttered.

Rodriguez cried when he was forced to read lines from “100 years of Solitude”, the classic novel of Colombia’s Gabriel Garcia Marquez, said Nelson Padilla who has written a biography of the footballer.

His academy friend Alberto ‘Beto’ Bustos said that “everyone knows that his vice was video games.”

Football was his main passion, however. Bustos said that even when he was not at the academy, Rodriguez would practice in the fields around Ibague with his stepfather.

Football schools have now mushroomed in the Andes town 190 kilometers (110 miles) north of Bogota. There are posters of Rodriguez everywhere.

But the footballer, a devout Christian like most of the Colombian team, has also set up a foundation run by his mother, Pilar Rubio, that gives education, food support and most importantly football classes to poor children.