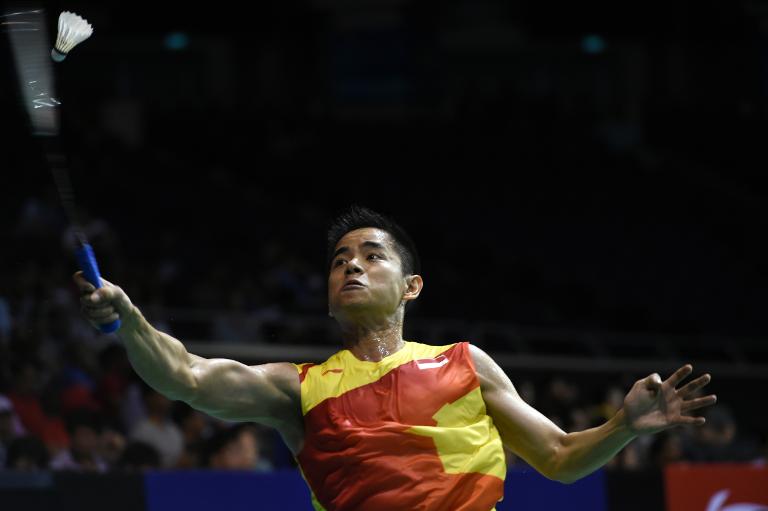 Indonesia’s Simon Santoso stayed on course to win the first ever consecutive Singapore Open badminton titles as he cruised into the semi-finals on Friday.

The unseeded Santoso, now the hot favourite in a field bereft of big names, took just over half-an-hour to beat Thailand’s Tanongsak Saensomboonsuk 21-10, 21-19.

With all the men’s singles seeds gone, Lee Chong Wei awaiting his fate in a doping case and Lin Dan opting out, Santoso has a golden chance to defend his crown.

In Saturday’s semi-finals, he will play Japanese world number 10 Kento Momota, who profited from a walkover from India’s H.S. Prannoy.

“For tomorrow, itâ€™s definitely not easy. Momota is a resilient player and tomorrow he will definitely work very hard,” said the 38th-ranked Santoso.

Hong Kong’s Hu Yun, who shocked Chinese top seed Chen Long in the second round, will play Parupalli Kashyap of India in the semi-finals.

In the womenâ€™s singles, the Chinese were made to work hard for their semi-final spots with Wang Shixian and Wang Yihan taking more than an hour to win through.

“Perhaps it was the draft (from the air conditioning), I wasn’t in control and made more mistakes,” said Wang Yihan, when asked about dropping the first game.

“My opponent was more prepared, because every time I play with her, it’s not easy. Especially when the time is stretched out, it gets more difficult.”

Wang Shixian will play compatriot Sun Yu in the semi-finals, while Wang Yihan will face Tai Tzu-ying of Taiwan for a place in the title match on Sunday.