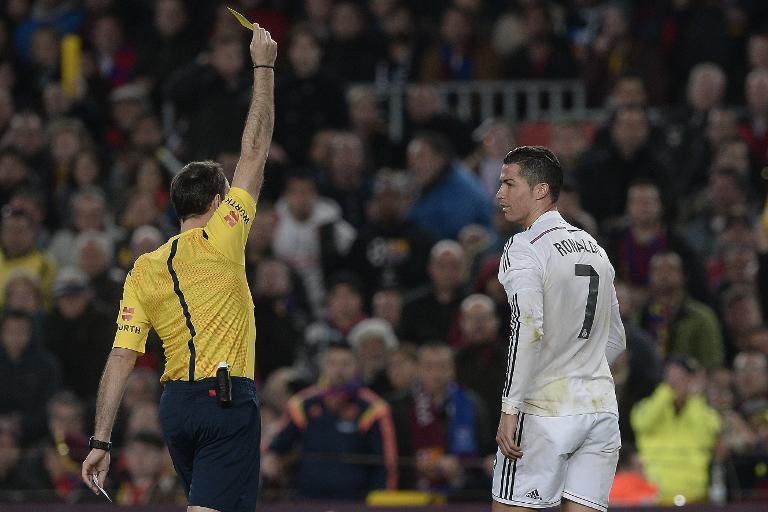 The Portuguese attacker got the card for diving in the penalty area against Rayo Vallecano on Wednesday. TV images later showed that he had been tripped by a defender.

Real confirmed in a statement that the Spanish federation’s competitions committee had “cancelled the referee’s yellow card”.

Ronaldo avoids a one-match suspension for his fifth yellow card meaning he will be available to play in a key match on Saturday against Eibar.

Real are second in the Spanish title race, four points behind leaders Barcelona. Coach Carlo Ancelotti will already be without James Rodriguez and Toni Kross, who are suspended, and the injured Gareth Bale (muscle problem).

“He’s suffering from a sprain and it’s best to wait until Tuesday (when Real face Atletico Madrid in the Champions League).

“We must put out the best team possible, and so the decision on Cristiano was normal because the punishment wasn’t right.”

He added: “We are giving Eibar the utmost respect as we can’t afford to fail against them.”