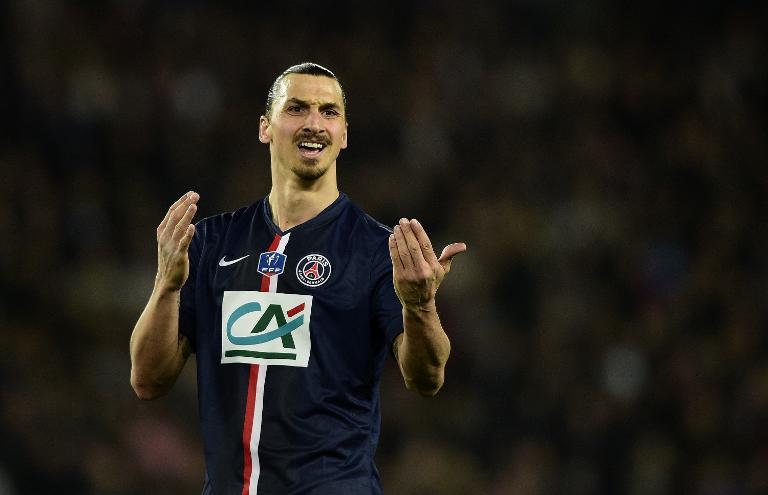 Paris Saint-Germain on Friday deplored the “severity” of the four-match ban handed to Zlatan Ibrahimovic by the Professional Football League for his comments attacking France and its referees.

The 33-year-old Swedish star will miss PSG’s Ligue 1 games against Nice, Lille, Metz and Nantes as a result of his widely televised rant in which he said France did not deserve a team like the star-studded Paris Saint-Germain because of the way it is treated.

“The club deplores the severity with which its player has been sanctioned, given his immense contribution to the image of French football, both in France and internationally,” PSG countered in a statement.

“The club would also highlight, in this respect, that the player’s only hearings at the disciplinary commission have been requested after supplementary reports were made following viewing of images after the act.

“It is, once again, after viewing images filmed by a television crew, that the commission decided to impose a disproportionate sanction on the player; one that denies Paris Saint-Germain a key player during this crucial period of the season and its quest for domestic success.”

PSG, still in the running for an unprecedented four trophies, added: “The enthusiasm and total support of our loyal fans will strengthen the determination and motivation of our players whose objectives remain to try and win more trophies this term.

“Nothing will prevent us from writing a new winning chapter in the history of our club.”

Playing against Bordeaux in March, Ibrahimovic was left furious at referee decisions in the game which PSG lost despite his two goals, and the striker appeared to insult a match official as he left the field.

And he went on: “In 15 years, I have never seen such a referee. In this shit country, this country does not deserve PSG. We are too good for this country.”

Amid a political furore, Ibrahimovic quickly made a video apology for the comments.

With Ibrahimovic in domineering form, Paris will miss him as they target an unprecedented domestic championship, French Cup and League Cup treble.

Ibrahimovic will already be missing for the Champions League quarter-final first leg against Barcelona next week after his sending off against Chelsea in the last 16.

He will, however, be eligible to play in PSG’s League Cup final against Bastia on Saturday.