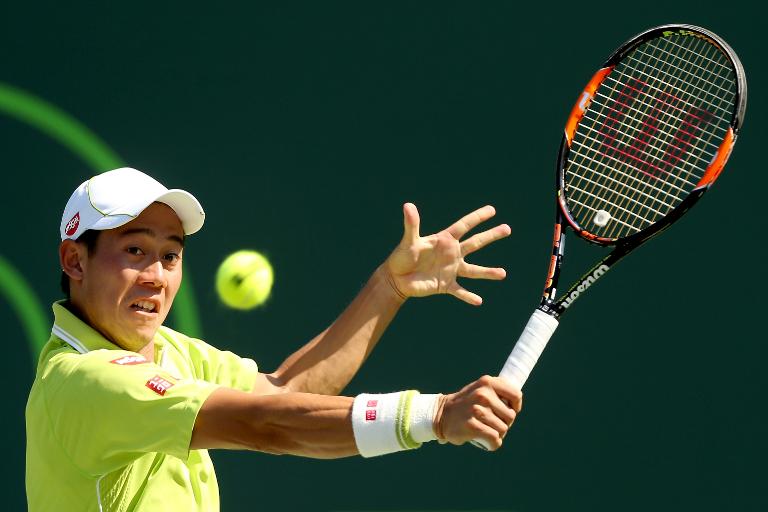 Japanese tennis superstar Kei Nishikori has added a golden toilet to his growing collection of silverware after penning a sponsorship deal with a lavatory company.

The Japanese ace, who has become the country’s best-ever male tennis star after rising to fourth in world rankings, was presented with the model loo by porcelain firm Lixil — which also makes other household products such as windows and tiles.

“We gave him a miniature golden toilet as we sealed a partnership with him,” a Lixil spokesman said.

The toilet sits in its own very little room — a case measuring 30 centimetres (12 inches) square, he said.

The sponsorship deal will see Lixil’s logo on Nishikori’s kit for both international and domestic games until August 2018.

Nishikori, who in 2014 became the first Japanese man to make the final of the US Open, also has a contract with Fast Retailing, the casual-clothing firm that operates the Uniqlo brand.