Home News For Kids New mirror picky in what it reflects 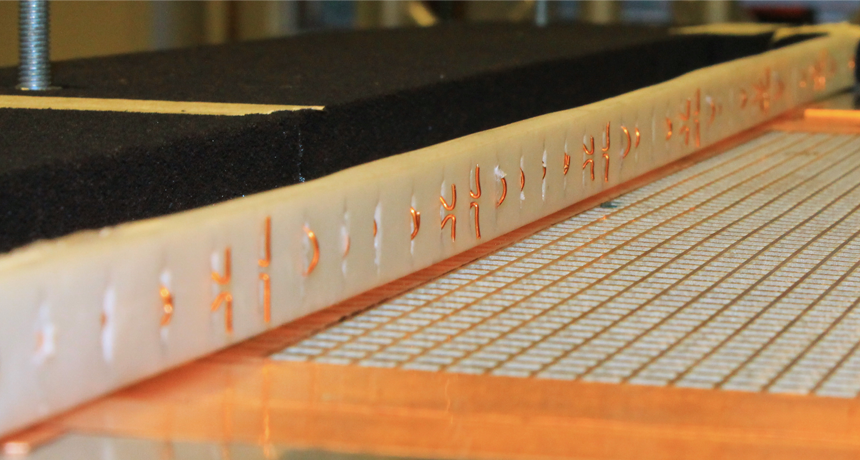 Mirrors need not give you the full picture. A new type of mirror can pick and choose what to reflect. For instance, it can selectively reflect a single wavelength of light. All others pass right through â€” as if the mirror was transparent.

Such technology could be used to create more efficient satellite antennas.

The mirror is constructed from metamaterials. These synthetic substances are made from elements that manipulate certain wavelengths of light.

Energy travels throughout the universe at the speed of light. It does so in the form of electromagnetic radiation. What that radiation is called depends on its wavelength, or colour.

A typical mirror contains a silvery layer. It reflects many types of radiation, including visible light.

His team beamed microwaves with a 60-millimeter wavelength at the mirror. These microwaves are a form of radiation often used in communications. The beam induced a current through the wires. The wires in turn emitted radiation that interacted with the other microwaves.

The researchers adjusted the sizes and shapes of the wires. That got the 60-millimeter-wavelength microwaves to reflect off the mirror from any angle. Microwaves at other wavelengths passed right through.

The mirror technology could help make the most of the limited space on satellites. A microwave antenna could be placed over a satelliteâ€™s solar panels. The antenna would let the sunâ€™s light shine through. At the same time, it would gather the microwaves used to communicate with Earth.