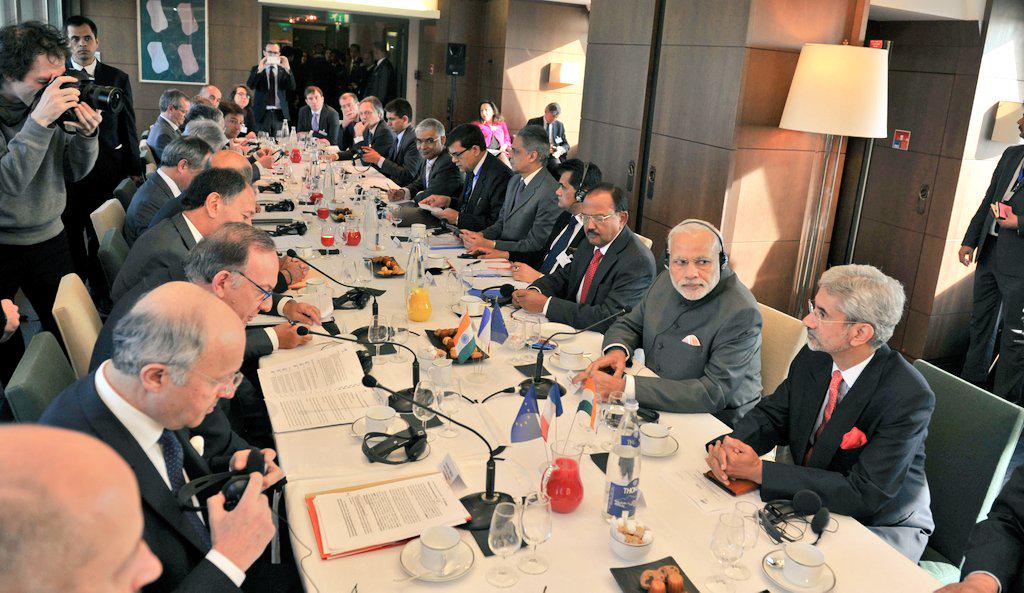 Paris: Prime MinisterÂ Narendra ModiÂ on FridayÂ attended aÂ round table meeting with CEOs, with the topic for discussion being infrastructure.

This meeting will be followed by a similar round table on defence.

Foreign Secretary S Jaishankar had earlier imformed the media thatÂ infrastructureÂ and defence will be be two key components of the Prime Minister’s visit to France.

“Infrastructure is a high priority for the government and we believe that a lot of French companies have expertise in the sector. In defence, our relationship with France has had defence, space and nuclear as three important components. French companies are very experienced and we hope that they participate in the Make in India initiative in the defence sector,” he said.

Earlier on Friday, Prime Minister Modi was accorded a ceremonial welcome at the Elysee Palace in Paris.

The national anthems of both countries were played before the French army accorded him the guard of honour.