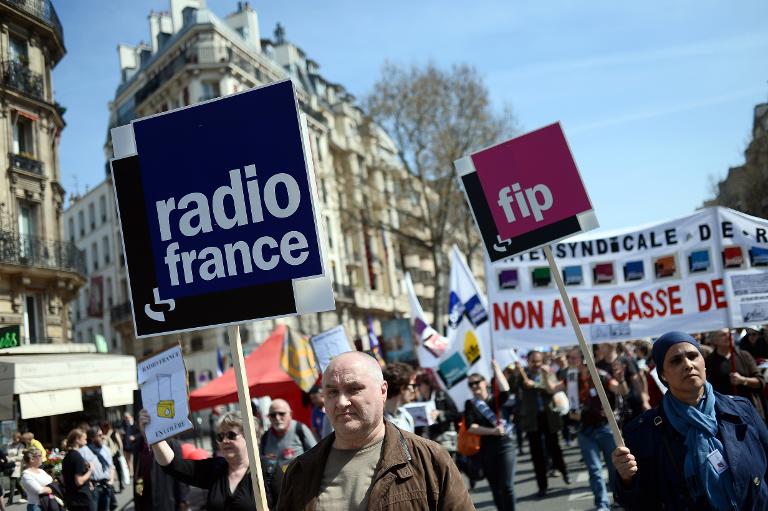 The French government said it had appointed a mediator to ease bitter relations between management and unions at Radio France, as the longest strike in the public broadcaster’s history entered its fourth week.

Dominique-Jean Chertier was to meet union leaders on Friday morning after his appointment by France’s culture minister, charged with bringing the conflict to a quick resolution and coaxing the two sides back to the negotiating table.

“The first, immediate (task) must be to bring this conflict to an end as swiftly as possible, bringing the airwaves back to normal, and a return to regular negotiating conditions,” said minister Fleur Pellerin when announcing Chertier’s appointment.

Chertier built his expert reputation in the private sector and is widely respected in the field of labour relations. His nomination was described as an “important step” by the unions, which mostly cover the radio group’s technicians.

Beyond the strike, the mediator will also facilitate discussions between cost-cutting chief executive Mathieu Gallet and employee representatives on Gallet’s longer-term plan for the group, which includes plans for 300 voluntary redundancies — a non-starter from the unions’ perspective.

Gallet, an ambitious 38-year-old who was previously an advisor to the government of right-wing former president Nicolas Sarkozy, also wants online radio to take over from some of Radio France’s more esoteric broadcasts, and the reduction in size of the group’s two classical orchestras.

A meeting to explain his strategy was suspended when union figures walked out.

His aim is to fill a 21-million-euro shortfall in Radio France’s budget. The group receives 664 million euros ($710 million) a year, 90 percent of it from a tax imposed on French households with a television.

The strike at Radio France started March 19 and continues with no end in sight, costing a million euros a week and leaving 13.5 million listeners surfing the airwaves for alternatives.

Listeners used to tuning in to one of the public group’s six radio stations can now hear only round-the-clock music interspersed with occasional and very brief news breaks by non-striking journalists.