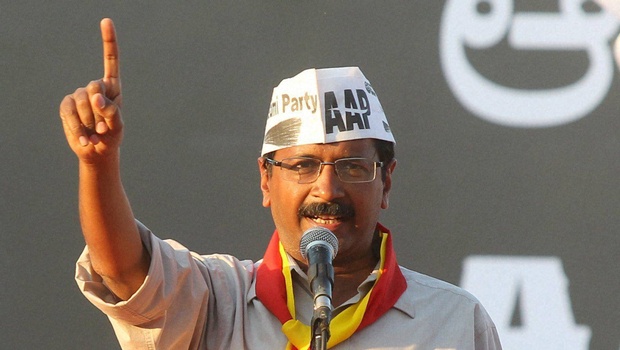 “I am a human being and I make mistakes. I was angry. The kind of language could have been avoided,” he said in comments that came amid the turmoil in the Aam Aadmi Party(AAP).

Kejriwal was speaking after launching a book titled “The Crown Prince, The Gladiator and the Hope” authored by AAP leader Ashutosh.

He also sought to dispel the notion that contrarian voices don’t have a place in the party and said that there was respect for different viewpoints in the party.

“The notion that there are no contrarian voices among us are wrong. It would be wrong to say Ashutosh, Manish Sisodia and Kumar Vishwas agree to everything. They have all left their careers, put everything at stake and joined us.

“But everything happens within decorum. There is a limit. Within the four walls, we argue and fight a lot, but outside we are a team. When limits are crossed, it is painful,” Kejriwal said.

When further prodded on Shanti Bhushan’s comments that BJP’s Kiran Bedi was a better Chief Ministerial candidate, he said, “There were a series of incidents. I felt a lot of pain. Just before the election, such statements were issued which could affect (the outcome of the polls).”

The AAP chief said that he broke down at a National Executive meeting in June last year because “conspiracies were being hatched and personal attacks were being made.”

“Probably it was difficult for me to handle it emotionally. That is the reason I got emotional,” Kejriwal said.

Bhushan and Yadav were first removed from AAP’s top decision-making body and then from its National Executive for “anti-party” activities. Asked whether he was a “ruthless” politician in the wake of allegations that dissent within the party had been crushed, Kejriwal dodged the question, saying, “People like me the way I am.”

The AAP chief said his personal opinion was to not concentrate on 434 seats in the Lok Sabha polls, but only focus on a few constituencies in selected states.

“But the decision to contest in Benaras (against Narendra Modi) was mine,” he said. Lashing out at the media, the Delhi chief minister said he had won the elections despite them.

“This is a wrong notion that we won because of the media. We won despite the media. The media did not leave any stone unturned to destroy us. They made all attempts to defeat us in the polls.

â€œIn the last Assembly elections, there was a sting four days prior to the polls, but the people supported us,” Kejriwal said, adding the media has written AAP’s obituaries several times.