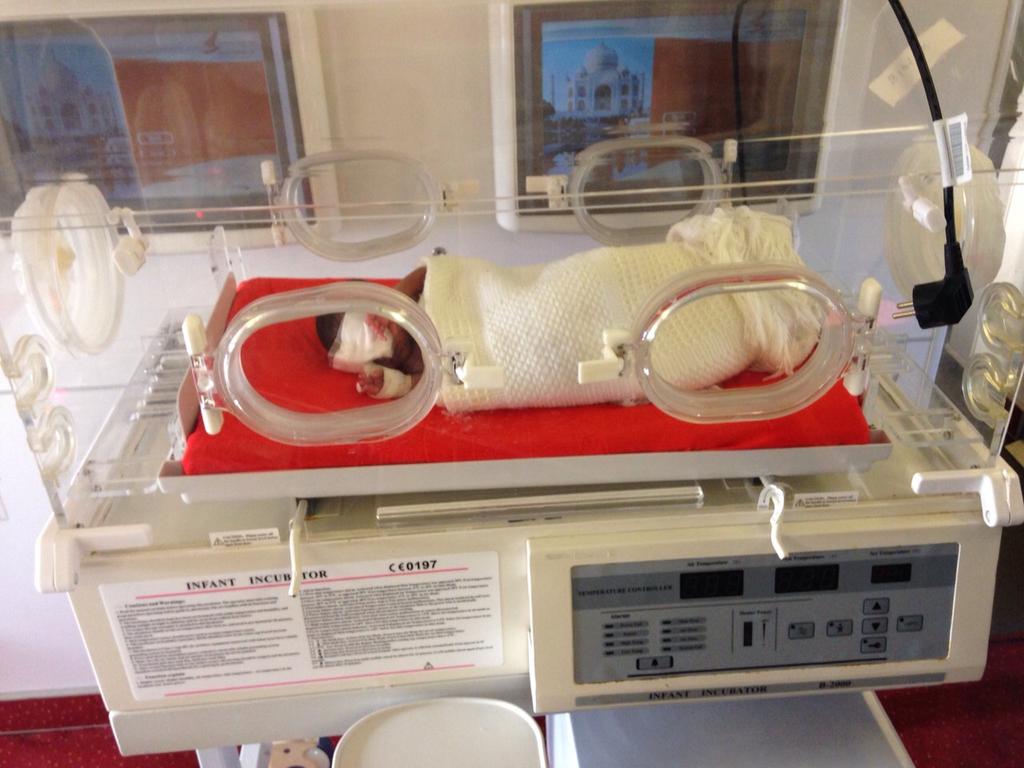 New Delhi: As young as 3 day old baby has been rescued from strife-torn Yemen in the final evacuation efforts, in which around 5600 people have been pulled out.

The youngest one is said to be brought to Indiavin an incubator along with an accompanying Doctor on AI flight to Kochi.

The baby, who was diagnosed with jaundice, dehydration and breathing problems, was being stabilised on an incubator and was recuperating at a hospital in Djibouti. She was kept in an incubator even on her flight back home.

In this massive evacuation, 4,640 are Indians while 960 nationals from 41 countries, the government said.

External Affairs Minister Sushma Swaraj tweeted: “The evacuation operation from Yemen is over. General V.K. Singh will be returning on Friday night. We are closing our Embassy there.”

Akbaruddin said the security situation in Yemen has deteriorated further with a bomb blast at Aden port on Thursday. “India completes its air evacuations from Sana’a”.

“The total no. of Indians evacuated from Sana’a by air has crossed 2,900 by 18 special flights since the beginning of the air operations,” he tweeted.

“Indian naval vessels have also evacuated over 1,670 Indians from Aden, Al Hudaydah and Al Mukalla ports in Yemen since 31 March,” he wrote.