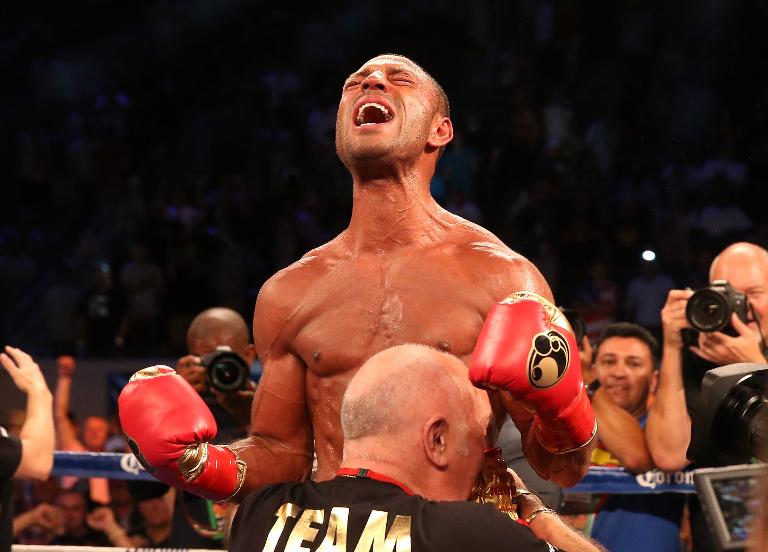 International Boxing Federation welterweight champion Kell Brook said Friday he felt invincible ahead of his all-British title bout against Frankie Gavin in London on May 30.

Khan will instead take on Chris Algieri as he looks to continue on a path he hopes will lead to a bout with the unbeaten Floyd Mayweather, set to take on Manny Pacquiao in a long-awaited welterweight title clash in Las Vegas on May 2.

Brook, meanwhile was in buoyant mood ahead of his clash with Gavin: “I never expected to be out again so quickly but I can’t wait.

“I respect Frankie for stepping up, he has called for this fight for a long time and after he was given a final eliminator against Tim Bradley it made sense for him to take the challenge.

“I feel like I’m unbeatable right now and Gavin isn’t going to be able to cope with my speed and power on fight night.”

Brook saw off Romanian boxer Dan with a fourth-round stoppage but an undaunted Gavin said: “These are the fights you want to be part of and are where I belong.

“I’ve dreamt of a world title and I will be 100 percent ready physically and mentally for Kell Brook.

“Of course it’s going to be tough but I believe Kell is beatable and I’ve always felt that I have got the skills and the team to cause an upset.”