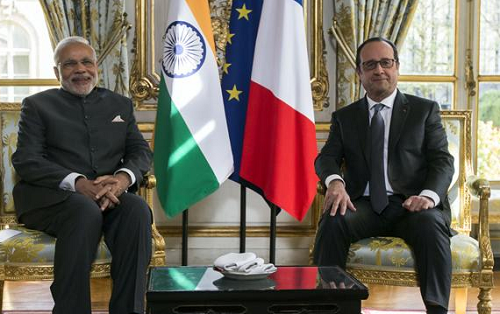 Paris: France on Friday announced an investment of 2 billion euros (about $1 billion) inÂ IndiaÂ as Prime MinisterÂ Narendra Modi invited French companies to pump in money in technology in the fastest growing economy.Â

Inviting French investors, Modi said, “There is no bigger market than India. It is also the fastest growing economy since the last six months. Various rating agencies like World Bank and Moodys have said in one voice that India is the fastest growing nation.Â

“It is rare to find a country with a market, with the government determined on development and demographic dividend. Investors are usually worried about the security of intellectual property (IP). Only democracies like India can guarantee that,” he said.Â

He said France will partner India in Urban development of infrastructure like railways and defence and nuclear sector.Â