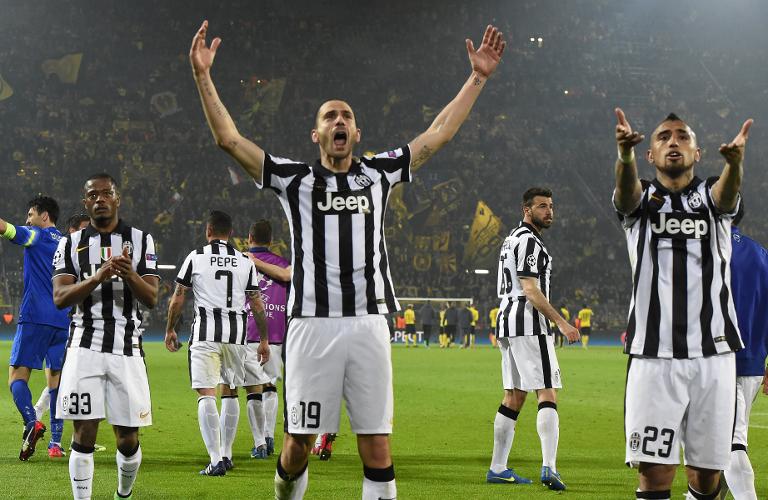 Juventus defender Leonardo Bonucci insists the champions’ feet are firmly on the ground despite a growing belief among fans the Turin giants can realistically aim for a treble of trophies this season.

Juventus travel to crisis-hit Parma on Saturday expected extend their 14-lead over one-time title challengers Roma, whose bid to increase their one-point cushion on Lazio will face the test of a determined Torino.

A fourth consecutive Serie A title is virtually in the bag for Massimiliano Allegri’s men, but while Juve are also in contention for a first Italian Cup in 20 years as well as the Champions League, Bonucci said nothing is won yet.

“Dreaming doesn’t cost a thing, but by the same token we have to keep our feet on the ground,” Bonucci told Rai Sport.

“We’re in a really positive period but we can’t afford to think about what we’ve achieved or which position we’re. We have to just keep on winning and building our morale.”

While Allegri’s men beat Fiorentina in midweek to book an Italian Cup final against Lazio and host Champions League quarter-final rivals Monaco in the first leg on Tuesday, the nightmare is far from over at the former two-time UEFA Cup champions.

Parma, rooted to the bottom of the table for most of this season, are lucky to even be playing having been declared bankrupt last month.

Juve won’t show any pity at the Enrico Tardini stadium on Saturday, added Bonucci: “Winning on Saturday is crucial for us so we don’t give any hope to the teams behind us, as well us give us a boost for the Champions League.”

But Parma’s confidence is comparatively high after Roberto Donadoni’s men beat Udinese 1-0 Wednesday in a match initially postponed two months ago because they could not afford to turn on the electricity in the stadium.

“The Bianconeri will be up against a Parma side that will fight for every ball.”

Roma are now looking behind them and with Lazio only a point adrift Rudi Garcia’s men are under pressure ahead of tricky trip away to Torino.

Roma will be without influential midfielder Daniele De Rossi and possibly Ashley Cole as they bid for their third win on the trot.

De Rossi has been diagnosed with a hairline fracture in his back while defender Cole is available but will have to wear a brace for three to four weeks after suffering a fracture to the metacarpal bone in his right hand.

Attacking midfielder Leandro Paredes said he had no explanation to Roma’s poor run of late, but told Radio Roma: “But now we know that we have to continue riding the wave of what we’ve done in the last few matches and carry on winning to hold onto second place in the league.”

Anything less than a win at Torino’s Olympic Stadium could see Lazio move up to second place if they account for Empoli in the capital on Sunday.

Only two points separate Fiorentina (49), Sampdoria (48) and Napoli (47) and all three teams have crucial fixtures this weekend as they continue their respective bids for a place in Europe.

“I’ve invested 386 million euros in the squad in recent years, I have a right to see some kind of return,” De Laurentiis told Sportitalia.

“I am happy with the past two wins, above all for the lads, but Sampdoria will be a very tough and important test this weekend,” admitted Inzaghi.

City rivals Inter, three points further adrift in 10th place, are away to Verona on Saturday.