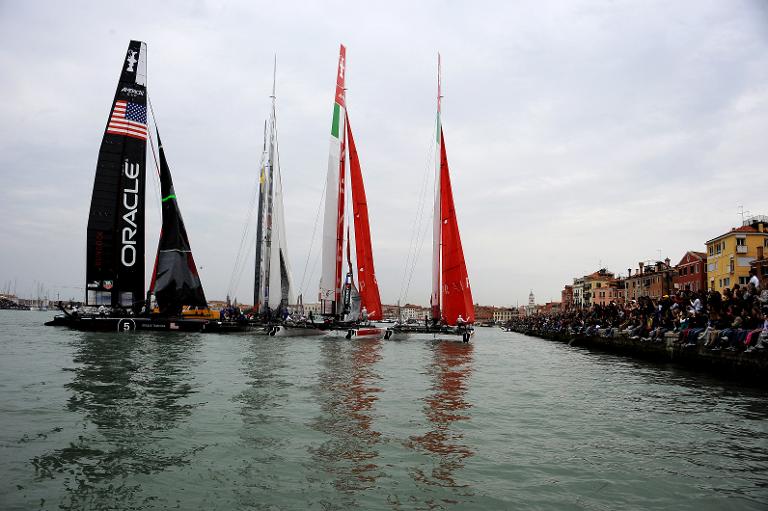 The 2017 America’s Cup will feature six or seven yachts despite fallout over a change in boat size, according to race director Russell Coutts.

A probable new Asian entry will be announced next month, Coutts told AFP.

Four of the six teams who voted in favour of reducing the boat size last week issued a statement criticising Team New Zealand for their opposition.

Italian syndicate Luna Rossa, who were also opposed to the reduction in boat size, have withdrawn from the 2017 Cup in protest at what it called the “illegitimate” decision.

But organisers insist they were right.

“Since the launch of the AC45 turbos (with foils), people have realised that these boats, much smaller than the AC72, are fast and good for TV,” insisted Coutts, chief executive of the America’s Cup Event Authority.

“The boats will not be slower than the AC72 because their teams will have more expertise and there is a good chance that the 50 knot barrier will be broken.

“With the AC48, budgets are less important. To be a decent player, if you’re starting today, you need around 20 to 30 million US dollars,” Coutts told AFP.

“In 2013, Emirates Team New Zealand had a budget of around 180 million NZ dollars (135 millon US). But you have to be smart about the way you are going to spend your money. But money is not the only factor and it’s not always the richest team which wins the Cup”.

Coutts added: “We are trying to get other teams in the game. We want quality, better races.”

The New Zealander, a five-time winner of the oldest international sporting trophy, said a realistic number of teams competing in 2017 would be “six or seven, including one or two Asian teams”.

“One of them will be announced next month. The official list will be published before summer.”