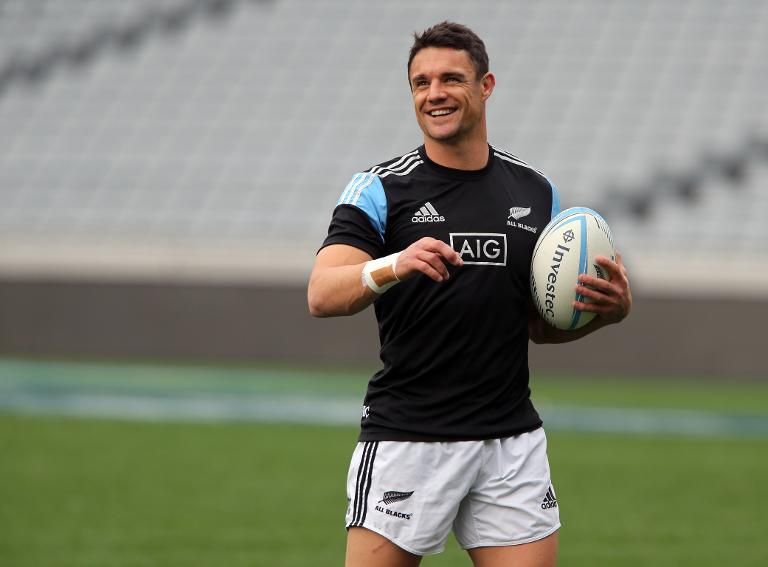 One All Blacks fly-half has rejected the chance of Olympic glory and another is weighing up playing the Lions against a lucrative foreign offer as New Zealand contemplates life after Dan Carter.

Test centurion Carter is ending his stellar international career after the World Cup to take up a contract with Racing Metro in Paris, leaving Aaron Cruden, Beauden Barrett and Colin Slade vying to replace him as New Zealand’s first-choice pivot.

They do so against a backdrop that includes the chance to win Olympic gold in 2016, a rare opportunity to play the British and Irish Lions in 2017 and immediate big-money offers from European clubs.

Slade has reportedly been offered 500,000 euros (US$533,750) a season in a two-three year deal with French second-division club Pau which would rule him out of playing the Lions who only tour New Zealand every 12 years.

But with his added value in being able to play wing and fullback, as well as kick goals under pressure, Slade is not a player All Blacks coach Steve Hansen wants to lose, despite Cruden and Barrett confirming they are staying put.

“He has got a really big future. We have got the Olympics next year, for a start,” Hansen told Fairfax Media.

“They are keen to take one of the five-eighths, probably Barrett I would say. He’s (Slade) got plenty of Test matches left in him, it’s just a matter of whether he wants to stay and do that.”

Hansen particularly likes Slade’s utility value which fits his ideal of playing two fly-halves at once, such as when Slade came off the bench against Wales last year with Barrett moving to fullback.

“We really play well when we have two five-eighths on the park — as we saw when Beauden moved back to fullback in the Welsh game,” Hansen said.

But it is Cruden, not Barrett, who has confirmed he has been approached by sevens maestro Gordon Tietjens to join the All Blacks Sevens’ Olympics campaign, and he turned down the offer.

Members of the sevens squad will have their Test appearances curtailed in 2016 to avoid conflict with their Olympic preparations.

“I have aspirations of playing against the Lions in 2017 and maybe taking a year off wouldn’t do my chances any good.”