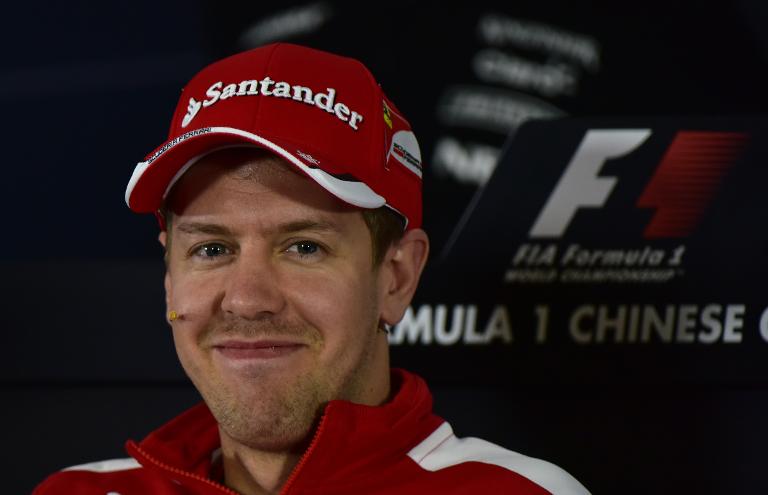 Ferrari’s Sebastian Vettel insisted on Thursday he had not been stung by recent criticism from Formula One supremo Bernie Ecclestone, who accused him of not doing enough for the sport.

“Well I think he’s free to say what he wants, so it’s fine,” shrugged the four-times world champion ahead of this weekend’s race in China.

“For me, I’m very happy with what I have achieved so far and looking forward to what might be coming and that’s it,” added Vettel, who responded to Ecclestone’s dig by storming to victory in Malaysia two weeks ago ahead of Mercedes pair Lewis Hamilton and Nico Rosberg.

Ecclestone compared Vettel unflatteringly to Hamilton, calling the Briton the best world champion the sport has seen and praising his high profile in the public eye.

“He’s talented, he’s a good guy, he gets out on the street and supports and promotes Formula One,” he said in Sepang. “He’s great for the sport. I told Sebastian: ‘You should be doing what he’s doing’ — doing the job of a world champion.”

Vettel hit back by stunning Ecclestone’s golden boy and ending a 34-race winless streak for Ferrari as Hamilton fumed.

But the German warned Ferrari’s victory did not signal the end of the recent dominance enjoyed by Mercedes, who won all but three of 19 races last year and turned the 2015 season-opener into another procession in Australia.

“I think we are realistic about where we are and what we want to achieve,” said Vettel, whose victory in Sepang was his first since his final win for Red Bull in 2013.

“The targets haven’t changed. Obviously it was a very emotional day â€“- my first win with Ferrari. Then to come back to the factory and to see all the people there was quite special.

“The team hasn’t won for quite a while so they enjoyed the fact that they had something to celebrate. But for the next races nothing has changed. We want to confirm that we have a strong package and we want to stay ahead of the people we stayed of in the last couple of races.

“But we know that obviously Mercedes is in a very strong position,” added Vettel, who is one win short of matching the late Ayrton Senna’s 41 race victories.

While Ferrari’s victory came as a surprise so early in the season, a repeat could prove far trickier in cooler conditions in Shanghai.

“Obviously Sepang was a great success but in general we want to establish ourselves as the team right behind Mercedes,” said Vettel, whose team-mate Kimi Raikkonen finished fourth in Malaysia.

“Once we’ve confirmed that, the target is to ensure that the gap gets closer and closer with Mercedes.”

Asked if he would return Rosberg’s tongue-in-cheek invitation to attend a team debrief, a stony-faced Vettel replied only: “No invitation, no.”