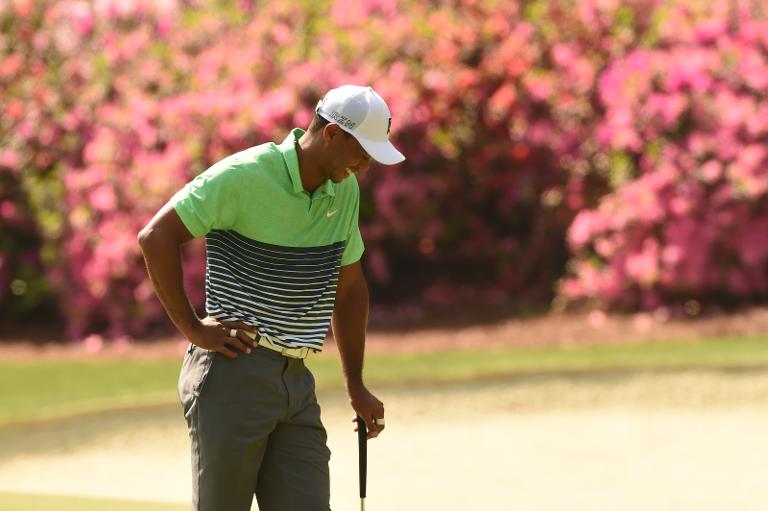 The most hotly-anticipated Masters in years got underway early Thursday morning under the towering Georgia pines of Augusta National with a host of gripping potential story lines.

For the fourth straight years golfing legends Arnold Palmer, Jack Nicklaus and Gary Player set the balls rolling as honorary starters before stepping aside for the first of the 97-strong field to tee off.

Playing conditions were perfect and the stage was set for a dramatic opening day of play.

First and foremost Thursday saw the return to competitive play of four-time winner Tiger Woods after a two-month timeout to try and get his game back together.

So far in the buildup this week, the signs have all been positive for him. Mentally and physically he looks a different man to the one who was driven off the course in a golf cart after 11 first-round holes at the Farmers Insurance tournament in February.

Then, world number one Rory McIlroy, who a new survey says has replaced Woods as the most marketable golfer in the world, looks to enter the history books as just the sixth golfer to complete a career Grand Slam of the four majors.

Defending champion Bubba Watson is out to become just the second man — after Jack Nicklaus — to win three Masters in four years.

Adam Scott can make it two wins in three years, while a new wave of young American golfers, led by Jordan Spieth and Patrick Reed, are firmly knocking at the door of major glory.

The Augusta National “patrons,” as golf fans are called here, will have to bide their time to see Woods in action as he goes off in the penultimate grouping of the day at 1748 GMT alongside Welsh Davis Cup star Jamie Donaldson and in-form fellow American Jimmy Walker.

Late or early, the 39-year-old superstar is just glad to be back in action on a course where he has enjoyed the greatest moments of his career to date.

“There is no other tournament in the world like this, and to come back to a place that I’ve had so many great memories at and so many great times in my life, it’s always special,” he said of his return in search of a 15th major title almost seven years after winning his last one.

The early focus on day one will be on McIlroy, the 25-year-old Northern Irishman who has clasped a stranglehold on the world number one spot with back-to-back major wins in the British Open and PGA Championship.

He enters the fray at 1441 GMT, linking up with three-time Masters champion Phil Mickelson and Ryan Moore.

McIlroy knows he has time on his side at just 25 years old to win the Masters, but he does have a rocky past here, most notably in 2011 when he let slip a four-stroke lead entering the final round.

Getting more out of Augusta National’s four par-fives, the traditional hunting grounds for birdies and eagles, is a priority for the Irishman.

“If you look at the previous winners here, they’ve all played the par-fives well,” he said. “Bubba (Watson) last year played them at eight-under par, I played them at even par and he beat me by eight shots.

“If I can just play the par-fives a little better, hopefully that will help me do better and obviously have a chance to win.”

Watson gets his title defense underway earlier at 1334 GMT, walking out with 2013 US Open champion Justin Rose and South Korean amateur Yang Gunn.

Australian Jason Day, Spanish shotmaker Sergio Garcia and American talent Rickie Fowler provide a fine anchor group last out at 1759 GMT, but the weather could be a factor by then.

Thunderstorms were forecast at some time in the late afternoon and worse is expected to come on Friday before a calmer and cooler weekend sets in.