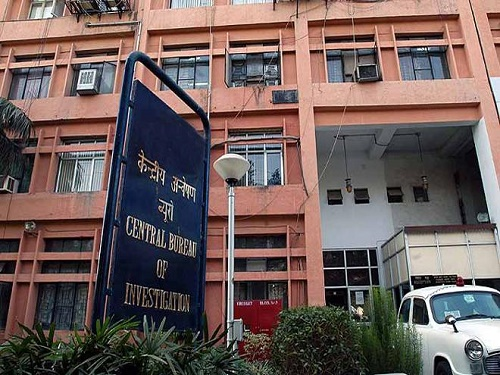 New Delhi: Seven CBI officers, including some who have probed big-ticket corruption cases, have received promotion to the rank of DIG while the tenure of six others has been extended even as the agency is stuck for making fresh senior-level appointments pending the naming of a new Central Vigilance Commissioner.

Superintendent of Police in Headquarters, Meenu Chaudhary and Ashwani Kumar Chand, both posted in the Anti-Corruption Unit, which probed several defence corruption cases, including Tatra deal, Umesh Chander Datta, who is part of STF, and Lata Manoj Kumar in the Economic Offences Wing have been promoted as DIGs.

In the absence of a Central Vigilance Commissioner, no fresh appointments in the rank of DIG or above can be made in the investigative agency.

SPs posted in anti-corruption branches in Hyderabad, Bhubaneswar, Chandigarh and Guwahati, respectively, V Chandrasekhar, Manish Kumar Sinha, Yatindra Koyal and Navjyoti Gogoi, too, have been promoted as DIGs. All those promoted are 2000-batch IPS officers.

Similar extensions have also been given to SP Atul Fulzele, who handles the anti-corruption branch in Pune and Special Unit in Mumbai, and Pradip Kumar at the anti- corruption unit at the headquarters.

PC Themmozhi, posted in the Economic Offences Wing in Chennai, has been given extension till 2017. Her tenure ended on April 6.

Two officers â€“ N Rajamarthandan, an IPS officer of 2006 AM cadre, and Braja Kishore Singh, IPS of 2004 AGMU cadre â€“ have been given premature repatriation to their parent cadre.