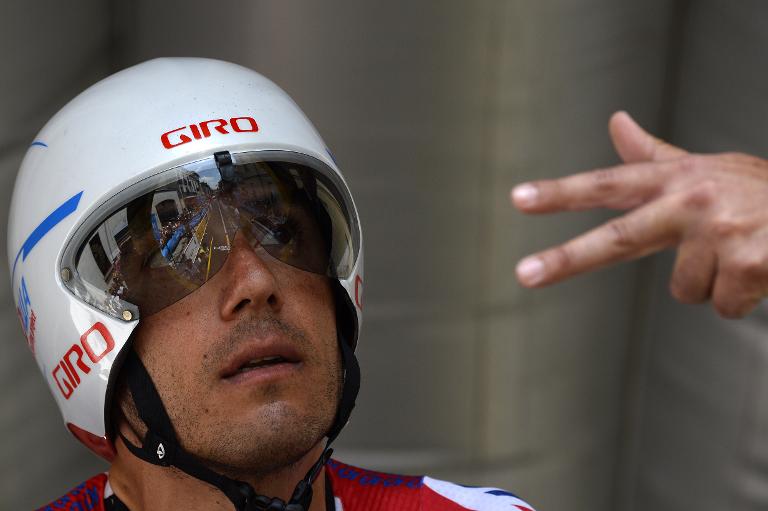 Spain’s Joaquim Rodriguez claimed his second stage victory in as many days at the Tour of the Basque Country on Thursday as Colombia’s Sergio Henao maintained the overall lead.

Just as in winning on Wednesday, Rodriguez had the stronger final kick after a series of challenging climbs to take the 162.2km fourth stage from Zumarraga to Arrate ahead of Dutch rider Bauke Mollema and Britain’s Simon Yates in a time of 4hr 05min 10sec.

Henao was fifth with compatriot Nairo Quintana in seventh in the same time to ensure they and Rodriguez remain tied together in the general classification with Henao ahead on stage placings.

However, Polish world champion Michal Kwiatowski lost more time on the leaders as he was 23 seconds back and now trails by 30 seconds overall.

Rodriguez had to change his bike just 25 kilometres from the finish, but was delighted to win on a climb where he had lost out in the past, most notably to Alejandro Valverde in the Vuelta a Espana in 2012.

“Finally! Arrate had been a thorn in my side, above all when Valverde beat me in a photo finish in the Vuelta,” he said.

“I didn’t even raise my hands (at the finish) as I didn’t want anyone to pass me. I am so happy.”

And the Katusha rider didn’t rule out his chances of securing a hat-trick on another mountainous stage from Eibar to Aia on Friday.

“I have already said I am feeling great. You had to be in form to be able to stay with Quintana and Henao yesterday.

“Tomorrow is the stage I like most, but it will be difficult to take the leaders jersey from Henao because he is in splendid form.”

The favourites stayed grouped together in the peloton for the majority of the day as Germany’s Tony Martin and American Tom Danielson made the pace in a two-man breakaway.

They were eventually caught on the final category one climb up the Alto de Uzartza and Henao was the first of the leaders to attack with just under five kilometres to go.

Rodriguez and Quintana reacted quickly to reign in the Sky rider, but despite an impressive dash to the line from Rodriguez he couldn’t put any time between himself in the small chasing pack to leave the general classification intriguingly poised with two stages to go.

“I wanted to go for the victory to take more time in the general classification, but I am still desperate to fight for this tour,” said Henao.

After a 155.5km rider with nine categorised peaks on Friday, the race finishes with an 18.3km time trial on Saturday.