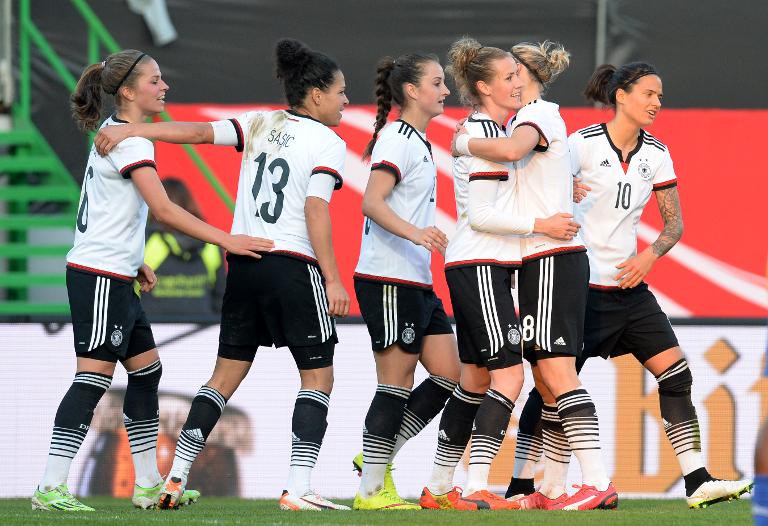 Silvia Neid admitted she had fallen in love with her Germany team after romping to a 4-0 friendly win over Brazil in a pre-women’s World Cup friendly on Wednesday.

After the historic 7-1 thrashing Germany’s men’s team posted over Brazil in last year’s World Cup semi-finals, the German women matched their male counterparts by again putting the south Americans to the sword.

“I am already pretty much in love with my team. What we planned, they perfectly implemented,” said Neid, who coached Germany to the 2007 World Cup title and will step down in 2016.

Germany’s women, who are ranked number one in the world, have one final warm-up game against Switzerland on May 18 before they fly to Canada when the World Cup starts on June 6.

The Germans are targeting a third World Cup title in Canada having been knocked out by eventual winners Japan in the quarter-finals of the 2011 finals on home soil.

Germany face Thailand, Ivory Coast and Norway in Group B while Brazil will take on Spain, South Korea and Costa Rica in Group E.