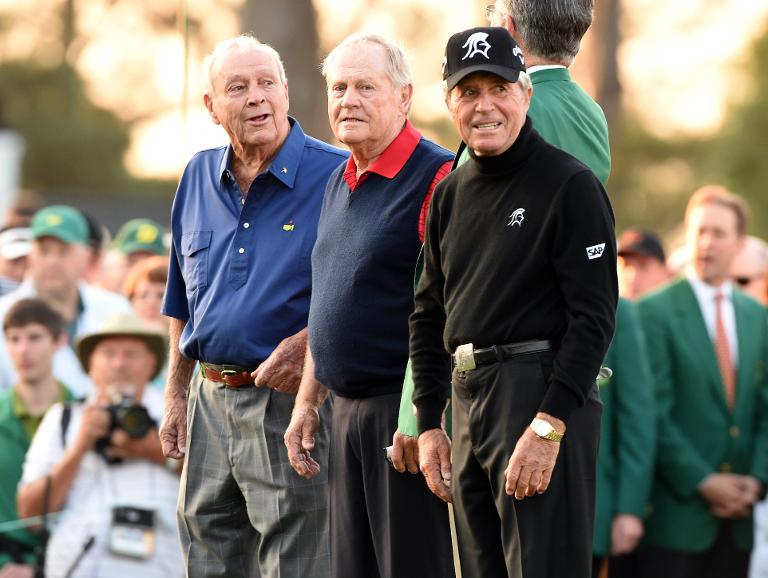 The famed trio of golfing elder statesmen and past Masters champions were collectively known as the “Big Three” since their glory days of the 1960s.

Palmer, 85, teed off despite a sore right shoulder that had been dislocated. He has been a ceremonial starter since 2007. Nicklaus, 75, joined him in 2010 and South Africa’s Player, 79, completed the lineup in 2012, three years after his 52nd and final tournament appearance.