Home Politics Only a third of countries reach 2015 education goals 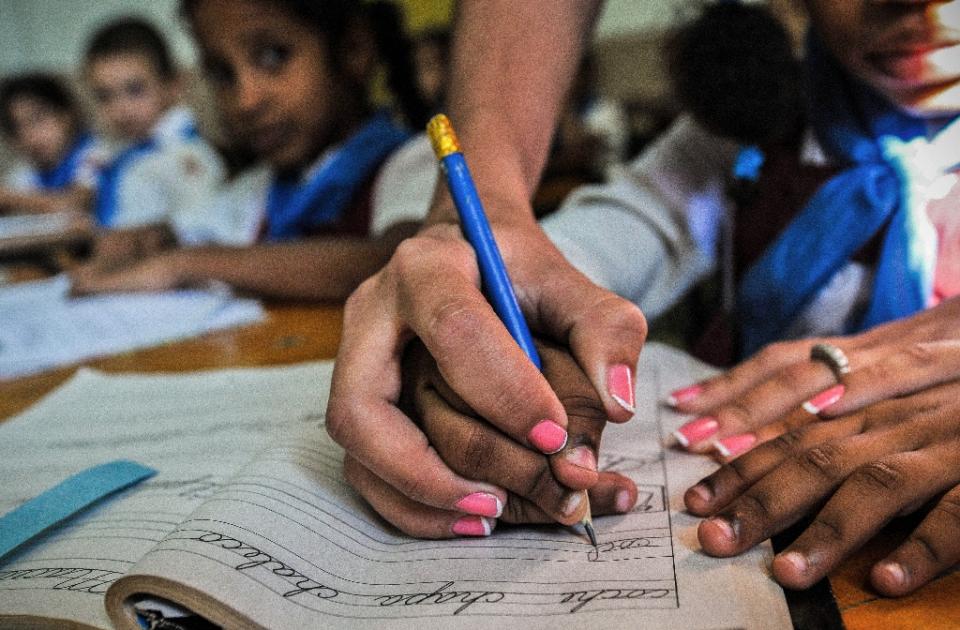 Paris: The UN gave a third of the world’s countries a passing grade Thursday for efforts to provide universal basic education, but said most governments had failed on a pledge made 15 years ago.

In 2000, 164 countries agreed at the United Nations Educational, Scientific and Cultural Organization’s (UNESCO) World Education Forum to ensure basic education for all by 2015.

But in its latest annual report, the UN body said that only a minority had passed the test.

Several European countries as well as Cuba, Kyrgyzstan and Mongolia are among those who managed to meet the education goal, said the report.

Pakistan, Yemen and several countries in sub-Saharan Africa were nowhere close to meeting their targets.

Only around half of the 164 countries have succeeded in providing universal primary education, the report said.

In 15 years, “the world has made significant progress,” the director general of UNESCO, Irina Bokova, said.

“Millions more children are in school than would have been had the trends of the 1990s persisted.”

But governments need to “prioritise the poorest â€“- especially girls”, she added.

The world’s poorest children are four times less likely to go to school than the richest, the report said.

Gender parity at the primary and secondary levels has improved but girls’ education is often hindered by “early marriages and pregnancies”, said the report.

The 2000 Dakar education summit had also hoped to halve the number of illiterate adults. But the rate of global illiteracy has dropped only slightly — from 18 percent in 2000 to an estimated 14 percent in 2015.

The report comes a month ahead of UNESCO’s World Education Forum in Incheon, South Korea which will set new education targets for 2030.

The UN agency said funding remained the main obstacle to expanding education and that the international community must find an additional $22 billion (20 billion euros) to meet the education-for-all targets by 2030.

The report recommended that governments devote 15 to 20 percent of their national budgets to education, and that donors increase their contributions fourfold.

UNESCO also wants governments to mandate at least one year of free pre-primary education for all children.