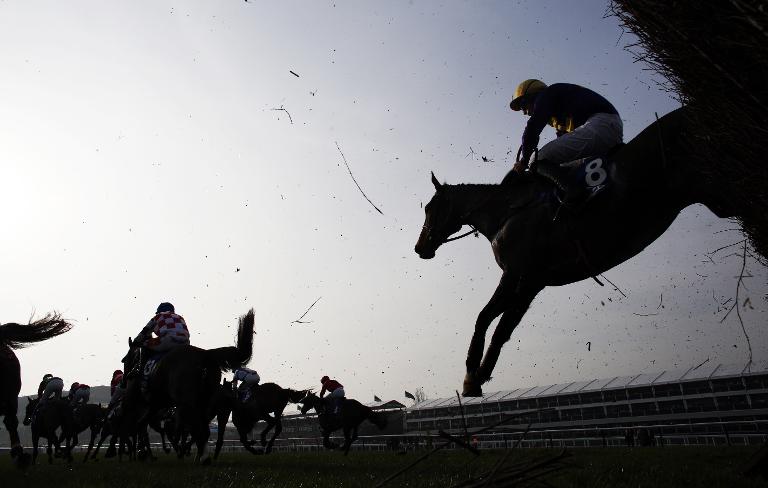 Lord Windermere, the 2014 Gold Cup winner, heads the weights for Saturday’s Grand National as a maximum field of 40 stood their ground for the Aintree spectacular at Thursday’s final declaration stage.

Trained by Jim Culloty, who won the world famous steeplechase as a jockey on Bindaree in 2002, Lord Windermere disappointed when pulling up in the defence of his chasing crown at Cheltenham last month.

Last year’s surprise National winner Pineau De Re is back to try and become the first horse since Red Rum in 1974 to land back to back editions of the four-and-a-half mile marathon.

Champion trainer Paul Nicholls is four-handed, with the best of the quartet judged by the ante-post betting being Rocky Creek, fifth last year.

Trying to go one better after finishing runner-up to Pineau De Re is Richard Johnson’s mount, Balthazar King.

The build-up to this year’s renewal has been dominated by Tony McCoy on what is the soon to be 20-time champiuon jockey’s 20th and last ever National before retirement.

McCoy teams up with Shutthefrontdoor, who is expected to start one of the shortest priced favourites since Red Rum at 7-2 in 1975 when second to L’Escargot.

Alvarado, fourth last year, Al Co and Godsmejudge, the last two winners of the Scottish Grand National, and Cheltenham Festival scorers The Druids Nephew and Cause Of Causes are other leading fancies.