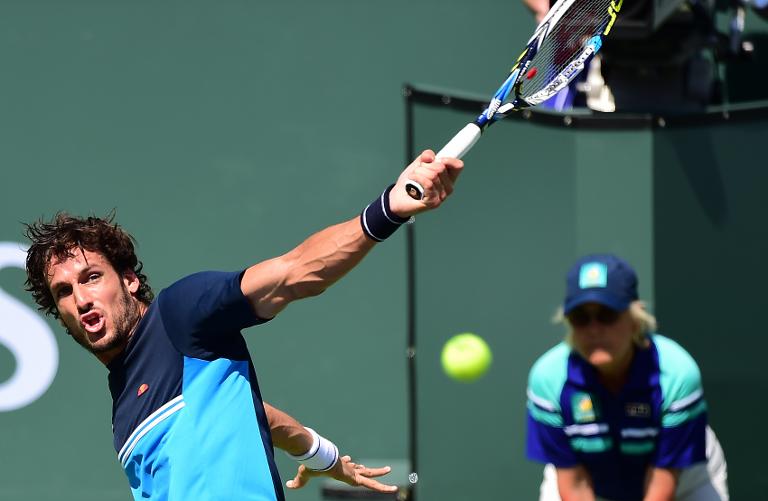 Spain’s Feliciano Lopez got his ATP title defense in Houston off to a smooth start with a 6-3, 6-3 win over American Sam Groth.

Lopez, ranked a career-high 12th in the world and the top seed in the clay court tournament, booked a quarter-final clash with eighth-seeded American Sam Querrey.

“I need a few more matches to start moving better and hitting the ball cleaner, but it was very difficult because he was serving huge.

“I think I did quite good overall.”

Querrey advanced with a 6-1, 4-6, 6-4 victory over compatriot and friend Steve Johnson.

“It’s not fun,” said Querrey of playing a pal. “I’m definitely glad I won, but it doesn’t quite feel the same.”

“I felt I was moving quite well,” Anderson said. “There were a few sort of hesitancies as far as where I was on clay, and I think I far exceeded that. He was a very tough opponent, so I had my work cut out for me today.”

“He’s a very talented guy,” Anderson said of Chardy. “We’ve played doubles a few times, so he’s one of my good friends on the tour. I’m going to have to play well.”