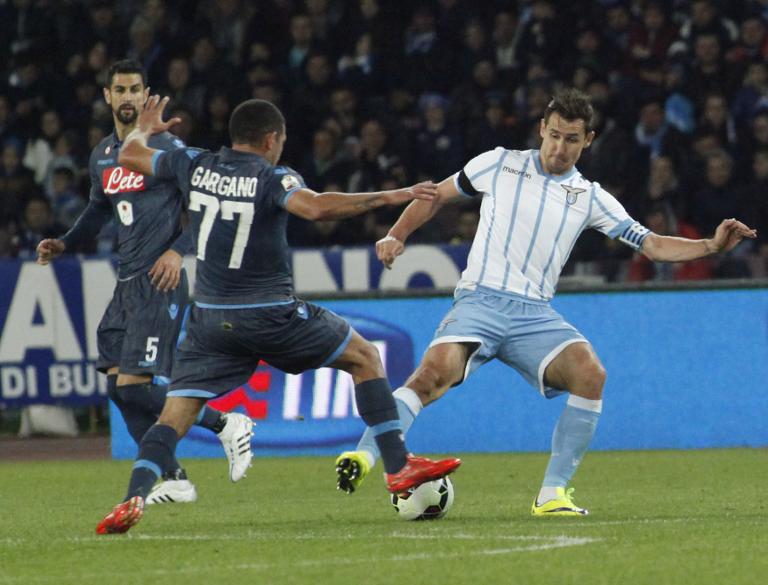 Lazio will be given the chance to land their first trophy since 2013 as they head to the Italian Cup final against Juventus after overcoming Napoli 1-0 in the semi-final second leg on Wednesday.

With the first leg ending 1-1, visitors Lazio had their work cut out for them at the Stadio San Paolo against a team they had not beaten in seven straight head-to-head matches.

But a single goal by Senad Lulic, coming at the end of a low Anderson cross on 79 minutes, was all that was needed for the Rome outfit to stun the home side.

Rafa Benitez’s men had chances but Manolo Gabbiadini hit the post on the half-hour mark while Marek Hamsik sent a long-distance volley just inches wide a minute before Lulic’s opener.

The Bosnia midfielder was definitely the man of the match minutes later with a sliding tackle to save his team following a blistering run down the left by Lorenzo Insigne who had beaten ‘keeper Etrit Berisha.

With this gutsy away performance, Lazio proved they were the most in-form team in Italy right now, apart from Juve, having reeled off four straight wins to creep within a point of second-placed Roma in the Serie A.

The six-time winners will face Juventus in the Italian Cup final, set for June 7, after the Turin side thrashed Fiorentina 3-0 on Tuesday to overturn a 2-1 deficit.