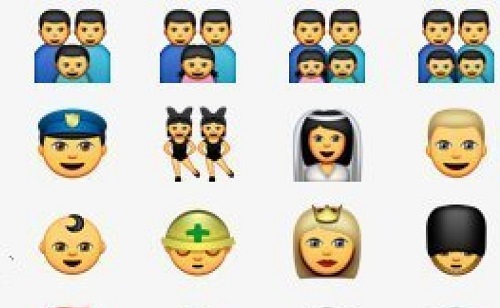 San Francisco: Users of the Apple iPhone and iPad got a new palate of emoji on Wednesday, including a group of alternative or gay family illustrations.

The new emoji appeared on an update to Apple’s mobile operating software, iOS 8.3, which was rolled out on Wednesday. Some test versions of the software had been in use since February.

The new emoji include illustrations of families with families that include two male parents or two female parents.

The updated emojis also include characters of various races, as previously announced by the Unicode Consortium which sets international rules for text and characters to insure consistency across platforms.

Apple made no comment about the update, but earlier this year in a statement to media that it “supports and cares deeply about diversity.”

Cook last month joined other technology industry leaders in denouncing bills and laws in several US states that he said promote discrimination and erode equality.