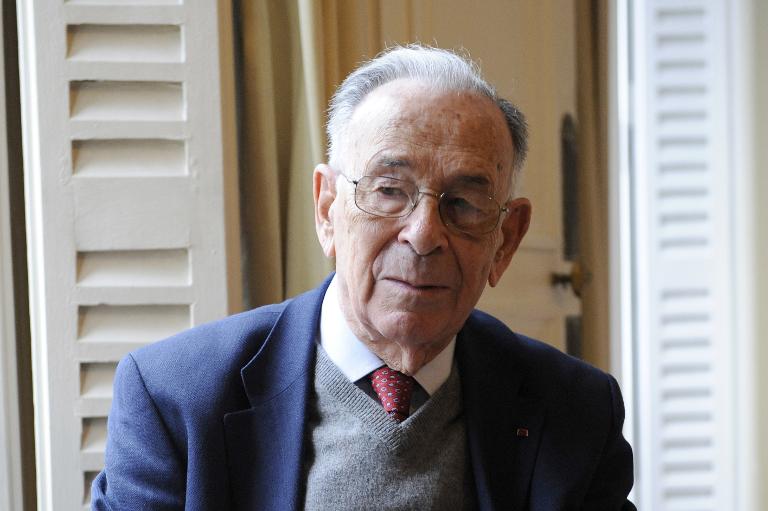 A towering figure in the French Resistance, Cremieux-Brilhac also drew up the D-Day orders telling his countrymen how to react to the liberation of their country.

“The life of this great man reflects the century,” Hollande said.

“A hero of the French campaign, he escaped his prisoners’ camp to rally in London in 1941” alongside Charles de Gaulle’s Free French army, Hollande said.

“He was one of the first to denounce the Nazi gas chambers in 1944.”

Cremieux-Brilhac was born to a Jewish family on January 22, 1917 in Colombes, northwest of Paris.

As a young man, he spent many holidays in Germany where he witnessed the rise of the Nazis. He joined the army in 1939 and was taken prisoner in June.

During his stint at Radio Londres, the mouthpiece of De Gaulle’s Free French army, he gave instructions to the French people ahead of the D-Day landings.

“The main message we sent was to put France in a state of general alert. And then there were specific instructions for particular sectors of the population — like town mayors, police, factory workers and so on,” Cremieux-Brilhac told the BBC in an interview last June.

After the liberation in 1944 and the end of the war, Cremieux-Brilhac continued his fight for democracy and freedom, Hollande said.

“He became an historian of reference on Free France after being one of its main actors,” Hollande said.

“In the tumult of history, he lived an exemplary life of commitment and duty,” the president added.

In 1980, he returned to his war years and began to write the history of 1939-40 France to explain how the republic was weakened to the point of complete collapse and how the Free French Forces fought to restore it.

Fellow Resistance fighter Daniel Cordier paid tribute to his old comrade, who he said was “very intelligent and very reserved”.

“He was a man who was very free, very open, who listened to others, understood things very quickly and whose responses were always powerful,” he told AFP.