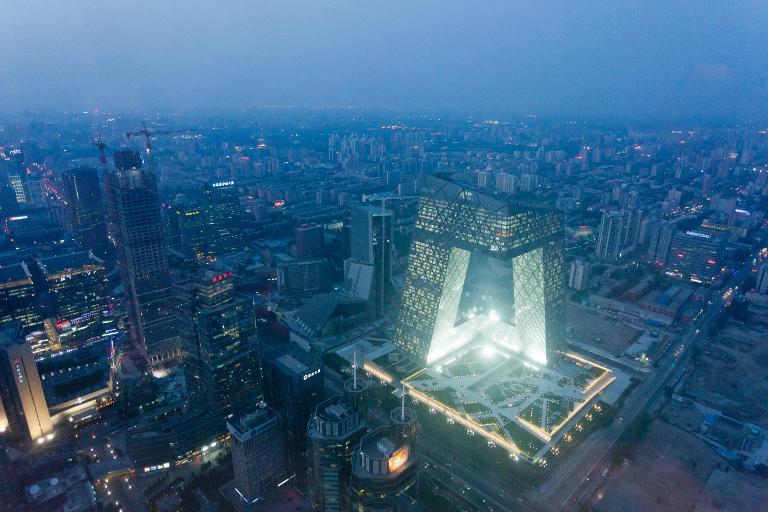 One of China’s most famous television hosts has had his shows taken off air after allegedly insulting Communist China’s founding father Mao Zedong, according to reports.

State broadcaster CCTV said it was investigating Bi Fujian for having caused a “serious social impact”.

A video posted online showed Bi — who has hosted CCTV’s New Year Gala, the most watched television programme in the world — calling Mao a “son of a bitch” and mocking the revolutionary leader while singing in Peking Opera style at a dinner.

Earlier this week Nie Chenxi, the deputy chief of China’s censorship authority, moved across to head CCTV, the first non-journalist to lead the channel in 30 years.

In the video, Bi is seen parodying a song from “Taking Tiger Mountain By Strategy”, one of the eight model operas allowed during the Cultural Revolution.

Aside from directly insulting Mao, Bi punctuated lines from the song with “we’ve suffered enough”, a reference to the harsh conditions ordinary people endured throughout Mao’s rule, which ended with his death in 1976.

Chinese social media were filled with comments both supporting and criticising Bi.

“He was only fired because he’s a public figure, and because we don’t have freedom of speech in this country,” said one poster Thursday on China’s Twitter-like microblogging service Sina Weibo.

“He must be punished, one must not insult the founding leader, that’s the bottom line,” said another.

But authorities appeared to discourage further discussion of Bi’s antics. According to China Digital Times, an overseas media watchdog, a propaganda order declared: “All websites are to find and delete the indecent video of Bi Fujian parodying a song.

“Cool down related discussions, and stop hyping the story,” it added.

An op-ed in the Global Times, affiliated with the official Communist Party mouthpiece the People’s Daily, condemned Bi.

“It should be noted that even though it was only for fun, Bi’s adaptation of the epic play is quite vulgar,” said the article, bylined Shen Renping.

“If what he sang is really what he thinks, then it is understandable that many people are disappointed in him.”

During his time in power Mao was at the apex of a vast personality cult.

Analysts say current President Xi Jinping has presided over one of the harshest crackdowns on freedom of expression in recent years, with public figures who do not follow the Party line quickly silenced.

Last month five women’s rights campaigners were detained after planning a series of public events to raise awareness of sexual harassment ahead of International Women’s Day.