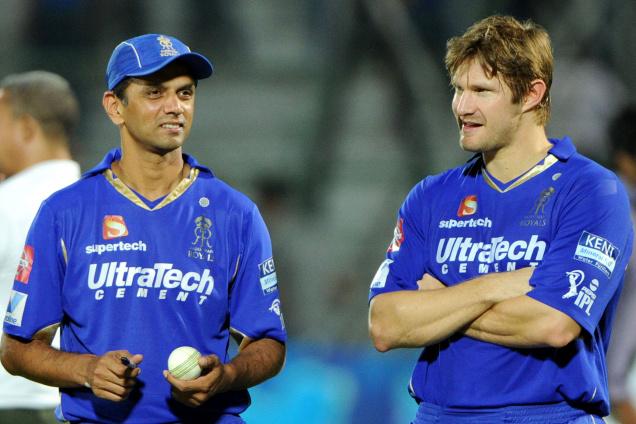 Rajasthan Royals, who won the inaugural Indian Premier League (IPL) title, have always been a side that punches above its weight.

Dravid, along with head coach Paddy Upton has made utilization of talent a key agenda and in the process they have created stars out of the blue â€“ Ajinya Rahane, Stuart Binny, Sanju Samson being the prime examples.

They have one of the best records of winning maximum number of home matches but now they wonâ€™t have that adavantage.

The Royals will be lead by Australia’s swashbuckling batsman Shane Watson who was pivotal in his country’s triumphant World Cup campaign. Watto will be supported by Ajinkya Rahane at the top-order who has been a consistent performer with the bat for Royals over the years now.

In Steven Smith and Sanju Samson they have two seasoned Twenty20 batsmen who can absorb pressure and accelerate the innings.Â

Their bowling department is comprised of James Faulkner, Tim Southee, Kane Richardson and Vikramjeet Malik. Seasoned cricketer Praveen Tambe and Steven Smith will cater to the spin-bowling for the Rajasthan Royals.

With new recruits at their disposal, Royals will be eager to end their trophy drought this year.