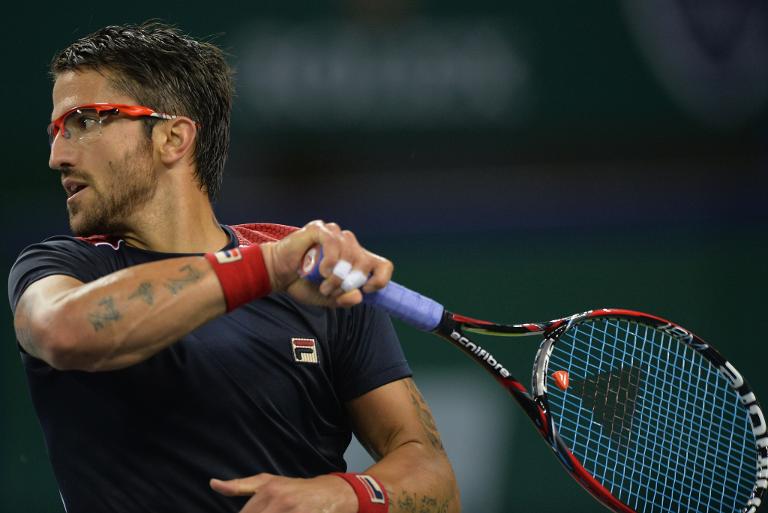 Serbia’s Janko Tipsarevic made a triumphant return to the ATP Tour, saving two match points en route to win over Guilherme Clezar in his first match in 17 months.

Tipsarevic, once ranked as high as eighth in the world, has been sidelined after multiple surgeries on his left foot.

But on Tuesday he showed no sign of any lingering effects of the injury as he defeated 186th-ranked Brazilian qualifier Clezar 6-4, 3-6, 7-6 (9/7) to reach the second round of the claycourt tournament in Houston.

“In my mind, I don’t feel like I was away for so long,” Tipsarevic said.

“I felt like this was a match I needed to win. I was ready, and I was fit. I had no confidence coming in, but saving match points with forehand winners down the line maybe proved otherwise.

“I really felt I had to win this match, and I would have been really sad otherwise.”

Tipsarevic laid down 18 aces and converted four of his seven break chances.

It was his first match since he retired against Marcel Granollers in the first round at Valencia in October 2013.

“I’m in pain everywhere, but the foot is good,” he laughed after wrapping up the victory in a tough two hours and 38 minutes.

Spain’s Feliciano Lopez is the top seed in the tournament.

After a first-round bye, Lopez will take on American Sam Groth in his second-round opener on Wednesday.