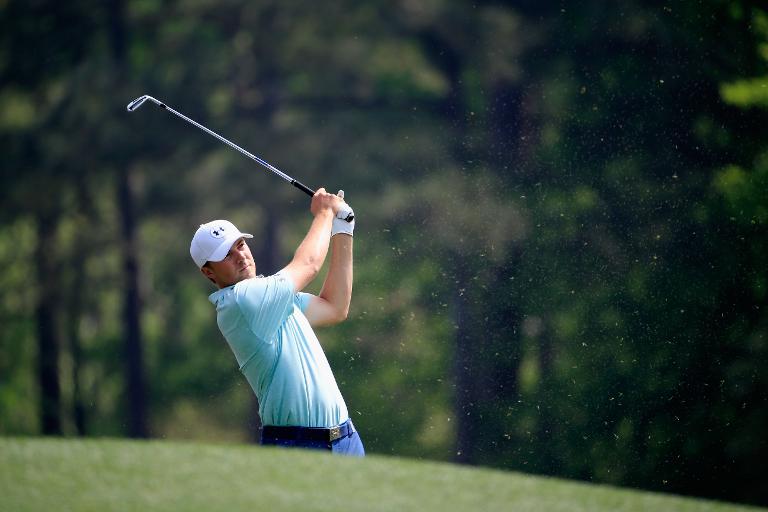 Jordan Spieth missed a chance at a historic Masters debut victory last year under the greatest pressure of his career, but returns to Augusta National this week confident and comfortable.

The 21-year-old US star settled for becoming the youngest runner-up in Masters history on that occasion, closing the front nine Sunday with back-to-back bogeys to surrender the lead to eventual winner Bubba Watson.

Spieth built on that experience and has added wins at last year’s Australian Open and Hero World Challenge and last month’s PGA Valspar Classic to reach fourth in the world rankings and move tantalizingly close to his goal of overtaking Rory McIlroy to become the world number one.

“I feel comfortable going in. Right now, I’m in a good place entering Thursday,” Spieth said. “This year, I come in maybe expecting to play well on a course I feel very comfortable on. I feel like it suits my game nicely, and also I feel like I’ve been playing well. Should be able to make some birdies and get myself up there.”

McIlroy, who squandered his own late last-round 2011 Masters lead at age 21, bounced back to win the 2011 US Open and has won the past two majors, needing only the Masters to complete a career Grand Slam.

But McIlroy is also the target Spieth is aiming to emulate as the two set off on what could become a collision course by Sunday afternoon for a green jacket only one can don this year.

“I know he’s the one that’s in that spot right now and I know really what I have to do to try and overtake that,” Spieth said. “It’s going to take a lot of special golf, as well as hopefully getting into contention with Rory and just testing myself against him and seeing what I’ve got.

“Played alongside him many times now, and admired his golf game and his level of play, and I don’t think I’m quite there. I have a chance to get a step closer this week.”

Spieth was poised to become the youngest Masters winner and the first Masters debutante champion since Fuzzy Zoeller in 1979 before faltering.

“That was definitely the highest amount of pressure I’ve ever felt,” Spieth said. “Played pretty much the entire round feeling different than I’ve ever felt on the golf course. I enjoyed it, but at the same time when you’re feeling that kind of pressure, it’s hard to get comfortable picking fearless shots, and then kind of bailed out on a couple swings.

“I guess the hardest lesson taking from last year was that I had an opportunity to make a dream come true, and I had it in my hands, and then I was just a little anxious.

“You can make the excuse that as a first-timer and whatever, 20-years-old, that that’s likely to happen. But in my mind, I was playing the best through 60, 62 holes, and had an opportunity to continue that the next 10, 11 holes and didn’t quite close it out.

“Part of me wants to improve on last year and that’s my goal. Another part of me says, ‘Let’s not overthink this place, keep it simple and make it like a regular event because that’s how I’ve had success in the last few tournaments.'”

“The Australian Open may have been the most important tournament that I’ve ever played,” Spieth said.

“Shot arguably the best round I’ve ever played when tied for the lead. So it was a huge, huge boost for me and it allowed me to close the tournament the right way and feel comfortable with the lead when I had it the next week and since then.”

This week, Spieth must get comfortable on the undulating greens of Augusta National.

“I feel comfortable with the amount of break needed to be played,” he said.

“You just really have to have an imagination on these greens. It’s a whole different level when you get out there. I’ve got to put myself in the right spots.”