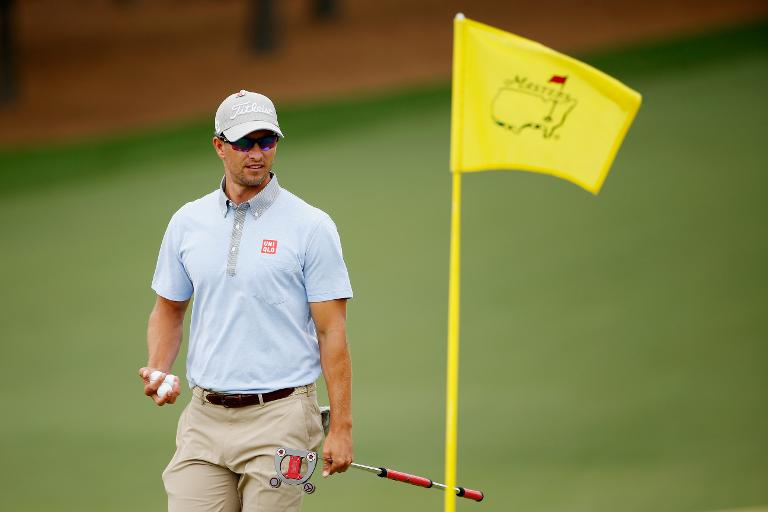 Adam Scott will use his long anchored putter at Augusta National for one last week when the 79th Masters starts Thursday after testing and rejecting a conventional putter last month.

A ban on anchored putting imposed by golf’s rulemaking bodies will begin next year, giving the 34-year-old Australian a final season to boost his major win total with the putting style and long-handled equipment that helped make him a major champion.

Sixth-ranked Scott, who became the first Aussie to win the green jacket when he defeated Angel Cabrera in a 2013 playoff, used a conventional putter at Doral and tested different grips for long and short putts at Bay Hill.

But he went back to a broomstick-style putter to provide maximum confidence and comfort for this year’s Masters.

“It’s very, very easy. It’s what I’ve been doing for four years,” Scott said. “I just switched up for three weeks, and so to go back was a piece of cake. And really, two days practice with it and I felt like I was at the levels I was at last year, which are very high, and that was the reason for it.”

Even with its days numbered, the anchored putting style gives Scott his best chance at victory and time to adapt for next year later.

“I’m coming to a major. I’m not here to throw the balls up in the air and see where they fall,” Scott said.

“I want to make sure I give myself the best chance to perform at the highest level I need to to win. Basically that will be with the longer putter because I’ve done more practice with it.”

Scott isn’t ruling out more tests and changes as the year progresses, and he has had top-five efforts at the past three British Opens, but his plan is to stay with the long putter as long as he can.

“Doesn’t mean I won’t work on other things or continue to develop some alternative method of putting, because obviously there is a change being made at the end of the year,” Scott said.

“But I need to continue to perform well. I want the confidence to build and go into next year fully confident no matter what I’m doing. So I’ve got time up my sleeve and it’s a bit of a process, and that’s fine.”

“I didn’t make that adjustment quick enough, so I was a little out of my comfort zone,” Scott said. “It was good info to have so I can plan for that the next time I part with a different method, but I’m not really sold on anything.

“When you go out to play, I’ve got to convince myself that it’s the right way.”

There’s no target date for a switch but his plan is to keep the long putter for the majors.

“I don’t really have any fixed idea on that,” Scott said. “At the moment, I see myself with the long putter.”

But his biggest change this week at Augusta National might just be at the Champions Dinner. He won’t have the defending champion’s seat this time.

“I don’t know if I have to kind of fight for a position around the table or what I’m meant to do,” Scott said. “But I’ll try not to step on anyone’s toes and get their noses out of joint. Pretty happy just to be there.”

Scott’s most recent victory came last May at Colonial when he was ranked number one in the world, defeating Jason Dufner with a birdie on the third playoff hole for his 11th PGA triumph and 27th overall worldwide.