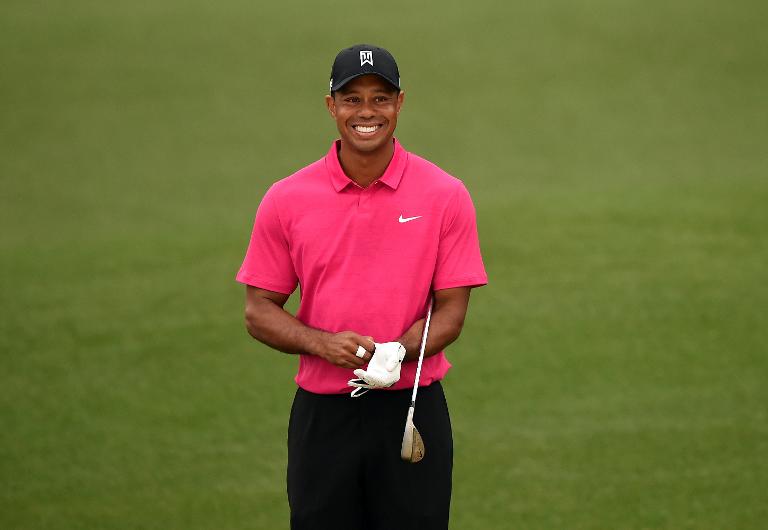 Tiger Woods last won a major title in 2008 and hasn’t won the Masters in a decade, but top-ranked Rory McIlroy will be watching out for him this week all the same.

The 79th Masters opens Thursday at Augusta National with McIlroy seeking his first green jacket and third major crown in a row to complete a career Grand Slam while Woods, who has fallen to 111th in the world rankings, contends for a 15th career major after a nightmare year of injuries and inconsistent form.

“I think everyone is just curious to see how he comes back,” McIlroy said of Woods, who has fallen to 111th in the world rankings. “I don’t think you should ever underestimate him. He has done things on the golf course that are pretty special.

“I had a good chat with him on the putting green. He feels good. He has been working hard. He has the motivation to keep at it, and just like everyone else, I’ll be looking for his score and seeing what he’s doing.”

Defending champion Bubba Watson can match Woods, Jack Nicklaus and Nick Faldo as the only players to win back-to-back Masters crowns and match Nicklaus as the only ones to win three green jackets in a four-season span.

Factor in young stars seeking a first major win such as Jordan Spieth and Jason Day, sprinkle in some skilled past champions such as Adam Scott and Phil Mickelson and mix in the stunning backdrop of Augusta National’s treacherous greens and towering pines with the dramatic legacy of Amen Corner and Rae’s Creek and the scene is set for an impressive first major of 2015.

“It’s the anticipation factor, the hype, everything else, it feels the same because it’s always exciting to get here,” McIlroy said. “It’s always a great week.”

Woods has been idle for more than two months since withdrawing after 11 holes at Torrey Pines in February. And that came off a career-worst 82 in the second round at Phoenix.

“I’m excited to be back playing at this level,” Woods said. “I feel like my game is finally ready to compete at the highest level.”

McIlroy is just fine with Woods, who has struggled simply to finish 72 holes over the past 12 months, taking the lion’s share of attention with his strong practice rounds even as McIlroy tries to join a career Grand Slam list that includes only Woods, Nicklaus, Ben Hogan, Gene Sarazen and Gary Player.

“It is such a big story, Tiger coming back at the Masters after a bit of a lengthy period where he has not been around,” McIlroy said. “But still I’m just here to play golf and you guys can write the stories and I won’t read them and we’ll move on.”

“I’d say Bubba is. He has won here two of the last three years,” McIlroy said. “Perfect game for this course. Been playing really well. Seems confident every time he tees it up.

“He has been right up there his last few events. So if you’re looking at someone that will do well this week, I think Bubba is the main guy — not trying to put any pressure on him or anything.”

Watson knows that Woods, 39, will draw extra energy from his Masters history, which includes eight top-six finishes in his past nine appearances.

“Tiger has taken enough time off to where he wants to be back and obviously he’s pretty good around this place, so he is excited,” Watson said. “This place brings it out in you. Older champions, the veterans, they get excited around here. That’s why everybody comes back. They want to be a part of this. It energizes them.”

Spieth, who settled for second behind Watson last year after leading on Sunday with a chance to win his Masters debut and become the event’s youngest champion, says he longs for the chance to battle Woods for a green jacket.

“It has been a dream of mine to be in contention with Tiger Woods in a major championship and at Augusta,” Spieth said.

“The magic he brings to this tournament and every major championship, it is a dream I think for everybody to try and take Tiger down on the back nine of Augusta.

“But (I’m) certainly rooting for him. He wouldn’t be here if he wasn’t ready, and (I’m) excited to see him back at the top of his game.”