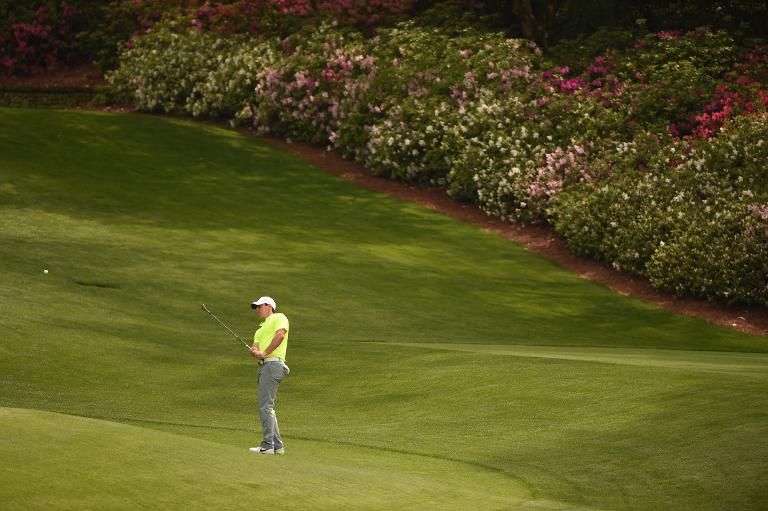 Three-time Masters champion Phil Mickelson knows what Rory McIlroy is dealing with this week as the world number one tries to complete a career Grand Slam by winning his first Masters.

Mickelson, whose first chance at his own career slam ended in failure at last year’s US Open at Pinehurst, will play alongside McIlroy in the first two rounds of the 79th Masters that begins Thursday at Augusta National.

“I’m sure he’ll win. Whether it’s this week or not, you never know,” Mickelson said of McIlroy’s Grand Slam bid this week. “You always need a little bit of a break to win a tournament. Maybe he gets it this week, maybe he doesn’t. But over the course of 15, 20 years, he’ll get those breaks and he’ll win the Masters.”

Time is the key. McIlroy is 25 while Mickelson will turn 45 in June, just before the record six-time US Open runner-up tries again to complete his career slam at the US Open at Chambers Bay. That’s why Mickelson hopes to take some magic from the Masters.

“Driving down Magnolia Lane is rejuvenating. It gives me a new energy,” Mickelson said. “It’s exciting and I think that that energy helps me work hard, play hard and focus better and play my best.”

Just as Mickelson has endured heartache near-misses at US Opens, McIlroy has a painful past at Augusta National. The Northern Ireland star took a four-shot lead into the final round of the 2011 Masters but his form collapsed on the back nine Sunday and he fired an 80 to squander his hopes, although he bounced back to win the 2011 US Open two months later.

“The Masters is a golf course that, gosh, it’s just very well suited for Rory,” Mickelson said. “He almost won here a few years ago. He was leading heading into the back nine.

“With the type of length and ball-striking he has and putting touch, I think this is a course he’ll be tough at the rest of his career.”

Mickelson shared 28th last year at Pinehurst — where he was a 1999 runner-up to the late Payne Stewart — in his first US Open with a chance to claim the career slam.

“Last year was a little bit different because it was my first opportunity to compete a career Grand Slam and it was on a golf course that I almost won in the past,” Mickelson said. “Even though the course had changed substantially, there was a lot of anticipation for it.

“I think as time goes on, that type of anticipation will diminish and make it a little bit easier to focus on just the playing aspect of it. And there’s some good opportunities coming up with some of these golf courses we have in the US Open for me.”

Mickelson, ranked 22nd, has struggled since his 2013 British Open victory, enduring his first winless season since 2003 last year, when a PGA Championship runner-up effort to McIlroy was his lone top-10 showing.

This year, the US left-hander matched his best showing of the season with a share of 17th last week at Houston.

“I’m driving the ball very well, maybe better than I have in decades or my entire career,” Mickelson said. “If my short game is sharp, I think I’ll be able to put some good numbers up there.”