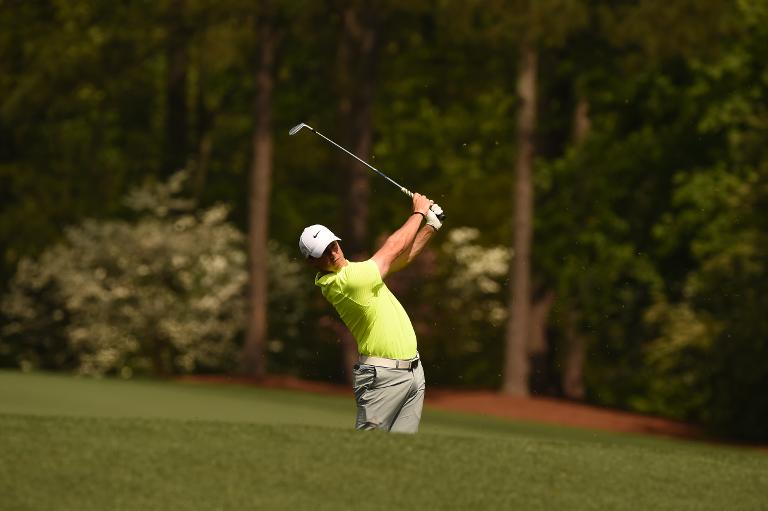 History beckons for Rory McIlroy at the Masters this week, but the world’s top golfer says history can wait.

Having won the past two majors — the British Open and the PGA Championship — the 25-year-old Northern Irishman, with a victory on Sunday, would be just the sixth player to have won all four Grand Slam titles during his career, having also won the 2011 US Open.

He would also stand on the cusp of holding all four major titles at the same time, a feat only Tiger Woods before him has achieved — in his case in 2000-2001.

Heady stuff and enough to set the slowest of pulses racing, but McIlroy insists he has no intention of getting ahead of himself at any stage.

Asked if his mind would be able to keep his focus at all times during this week’s tournament, bearing in mind what a win would mean in the overall picture, he replied: “My mind wanders to winning this tournament only.”

“It’s been the same every time I’ve won a major. It has not wandered beyond the next one, and I’ve just really tried to key in on focusing on the next one.

“It is very important to stay in the moment and stay in the present, and you can’t get too far ahead of yourself.

“We’ve seen in the past what this game can do to people, and you see guys that look to be at the top of their game one minute and the next minute they struggle.

“I don’t have a target. I’m just looking for my fifth (major title) and hopefully when I get my fifth, I’ll look for my sixth.

“At the end of my career, I’ll add it up and see where it leaves me, and that’s the way I’m going to approach it.”

Helping McIlroy maintain that firm focus, he said, is his relatively poor record at Augusta National, with a best showing in six previous appearances of sharing eighth, achieved last year.

Most famously, he led by four strokes entering the final round in 2011 but collapsed down the back nine to a demoralizing 80 and a tie for 15th.

One thing he knows he has to do improve is his play on Augusta National’s four par-fives, the traditional hunting grounds for birdies and eagles.

A perfect example, he said was in last year’s tournament when he made six sixes — four on par-fives and two on par-fours.

“I just feel sometimes on par-fives with my length, I can be a little over-aggressive,” he said.

“If you look at the previous winners here, they’ve all played the par-fives well.

“If I can just play the par-fives a little better, hopefully that will help me do better and obviously have a chance to win.”

McIlroy has chosen a relatively thin schedule in the buildup to this year’s Masters, playing in just three PGA Tour events.

Those brought a missed cut at the Honda Classic, a tie for ninth at the WGC-Cadillac event and a tie for 11th at the Arnold Palmer Invitational.

Since then he has been inactive and just gearing himself up for the year’s first major.

“The last two weeks have been great,” he said.

“I’ve just practiced at home in Florida. Made another trip up here (Augusta) a couple of Fridays ago.

“So everything I’ve done, all the work I’ve done gearing up for this week has been good. I’m just ready for the gun to go off on Thursday morning.”