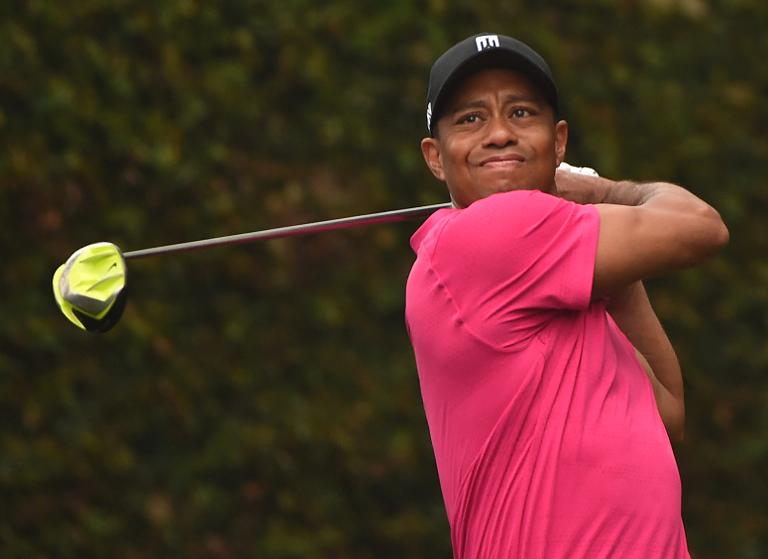 Tiger Woods will tee off in the penultimate grouping of the 79th Masters on Thursday, marking his return to competition after two months on the sidelines striving to put his game back together.

The 39-year old former world number one will set off in the company of Welsh Ryder Cup hero Jamie Donaldson and in-form fellow American Jimmy Walker.

Woods last played on February 5 when back pain forced him to abandon after 11 holes of the first round of the Farmers Insurance tournament at Torrey Pines.

Since then, his return to Augusta National and the Masters for the first time in two years had been in doubt until he gave it the thumbs up after playing a practice round on the course on Friday.

“I’m exited to be here. There is no other tournament like this. Competing again and really looking forward to Thursday,” he said.

“I spent a lot of time and a lot of work on this. I’ve been working my ass off. That’s the easiest way to kind of describe it. I worked hard.”

Woods will be seeking a fifth Masters crown this week and a 15th major title, his most recent one coming in June 2008 at the US Open.

While the focus later on in the first day will surely fall on the Woods grouping, which tees off at 1748 GMT, the biggest draw in earlier morning play will see world number one Rory McIlroy partner three-time former winner Phil Mickelson and Ryan Moore.

The 25-year-old Northern Irishman has won the last two majors — at the British Open and PGA Championship — and he could become just the sixth player to complete the set of Grand Slam titles, having also won the 2011 US Open.

“I enjoy playing with Phil. I’ve played with him a couple times before,” McIlroy said of Mickelson.

“There’s always a good buzz here at Augusta, Phil’s done so well. Not sure I’ve ever played with Phil here before. It will be good.”

Defending champion Bubba Watson, who would be just the fourth player to successfully defend the Masters title with a victory on Sunday, will open early morning alongside 2013 US Open winner Justin Rose and South Korean amateur Gunn Yang.

“Let’s see if we can get some momentum going. We all know how to play well around here,” said Fowler of the final trio.

For the fourth straight year, golfing legends Arnold Palmer, Jack Nicklaus and Gary Player will fulfill the role of honorary starters, getting the balls rolling at 7:40 AM (1140GMT)