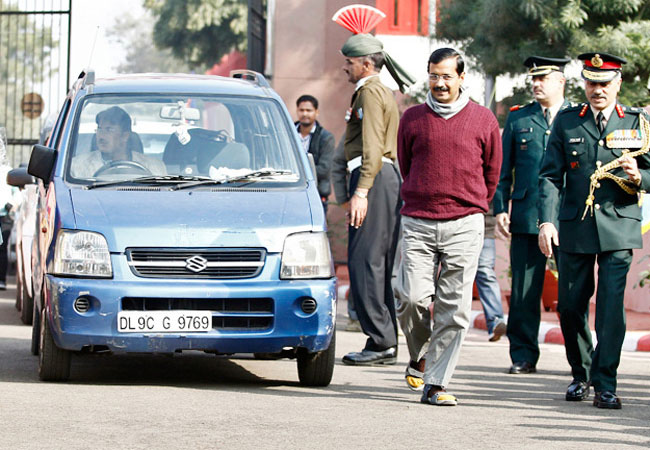 New Delhi: Upset over the ongoing turmoil in the party, an AAP supporter, who had donated a Blue WagonR to Delhi Chief Minister Arvind Kejriwal in January 2013, made a demand that it should be returned back to him.

Kundan Sharma, a software engineer, who expressed his disappointment over the removal of party leaders Prashant Bhushan and Yogendra Yadav, has demanded not only the car back but also the money he had donated to the party.

“#IDemandMyDonationBackFromAAP: My blue WAGONR,my Bike&lacs of rupees that I donated2AAP,” Sharma said in a tweet that was re-tweeted several times and also commented on.

Sharma said he had been a fan of Kejriwal and the AAP but was disillusioned after seeing the party from up close.

Sharma on Wednesday said he had sought the WagonR back to highlight his frustration with Kejriwal. He said his tweet demanding the car back was a ploy to catch attention of the party chief.

“Had I simply conveyed my frustration, no one would have noticed. I used the WagonR tag only to attract attention,” he said, accusing Kejriwal of bypassing the AAP’s founding principles.

Sharma said he had quit his job in the UK and come to Delhi to support Kejriwal. He said he had been part of the NRI team behind the AAP.

“Like me, there are thousands of NRIs who have lost hope in Kejriwal. I am not so cheap that I will take back my car and money that I donated. It is just to convey my frustration,” he said.

When contacted Sharma denied he actually wanted the car or his money back. He said he was upset with the way Bhushan and Yadav were ousted from the party. 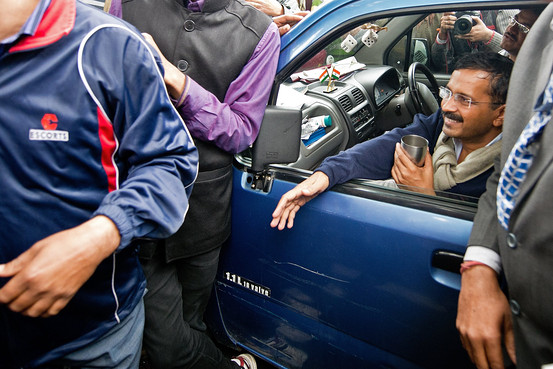 Elaborating his concerns, the software engineer said, â€œArvind Kejriwal had said he had accepted all demands made by Yogendra Yadav and Prashant Bhushan. This means that their demands were legitimate. People asking legitimate questions should not be thrown out.â€

â€œI joined the AAP with a dream of alternate politics. I did not want the party to accept an alternate government in Delhi instead of focusing on bringing about clean politics in the country.â€

The blue Wagon R car gave Kejriwal his image of being a people’s chief minister. During his 49-day stint and even after that, Kejriwal used the car. He later gave it to Naveen Jaihind, AAP leader from Haryana, who used it for campaigning for Lok Sabha polls in Rohtak.

“I am not that cheap to ask for the car or money back,” Sharma said, adding that he adopted attention-seeking tactics to reach Kejriwal.

“I could not reach Arvind despite several efforts. By raising the issue of the car, which gave Kejriwal a true janta CM face, I thought I could catch his attention,” Sharma said.

He, however, refused to give details of the donation made by him, but said that his wife and father donated money and he had even donated his Hero Honda Passion bike.

However, this is not the first time a vehicle donated to the party has been demanded back. A Tata Nano given to Sanjay Singh by Shanti Bhushan was demanded back last week.Â